by YossiRachelson in Application Delivery Management

In the process of functional testing, one of the most critical steps is the comparison of actual and expected outputs of the application under test as well as the ability to capture the details needed for post-run analysis. It is also important to have the ability to compare current run results with run results of previous tests or test runs, given a different set of input data.

In unit testing, the final result is the only important result—be it pass or fail (and, of course, the reason for failure). In functional testing, both the trace and context are crucial for understanding the flow, and ultimately for performing the root cause analysis.

In this blog post I will specifically touch on how exactly Micro Focus Lean Functional Testing addresses this need for understanding the flow and performing root cause analysis. I will also demonstrate the basic—and some of the advanced— reporting features supported by LeanFT.

Right off the bat, LeanFT continuous testing solution was developed with reporting in mind. This means that the coding process focuses on the functional steps, rather than having to deal with the actual reporting of events. For example, when a button is clicked, the operation event is automatically added to the final run results along with the relevant context and data—but more about that later.

Let’s look at a simple example that shows a basic flow of buying a product from the ‘Advantage Online Shopping’ website. Here are the steps:

The application elements used in the example are modeled using the Application Model in order to keep the code simple and readable:

After running the flow using your IDE’s JUnit test adapter (in this case, from IntelliJ IDEA), you will find a convenient menu shortcut to open the run results under LeanFT > View Last Run Results: 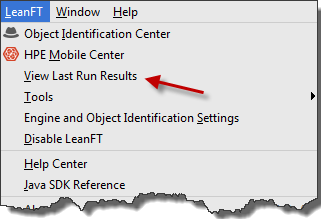 The report opens up in your browser, showing the following run results in HTML format: 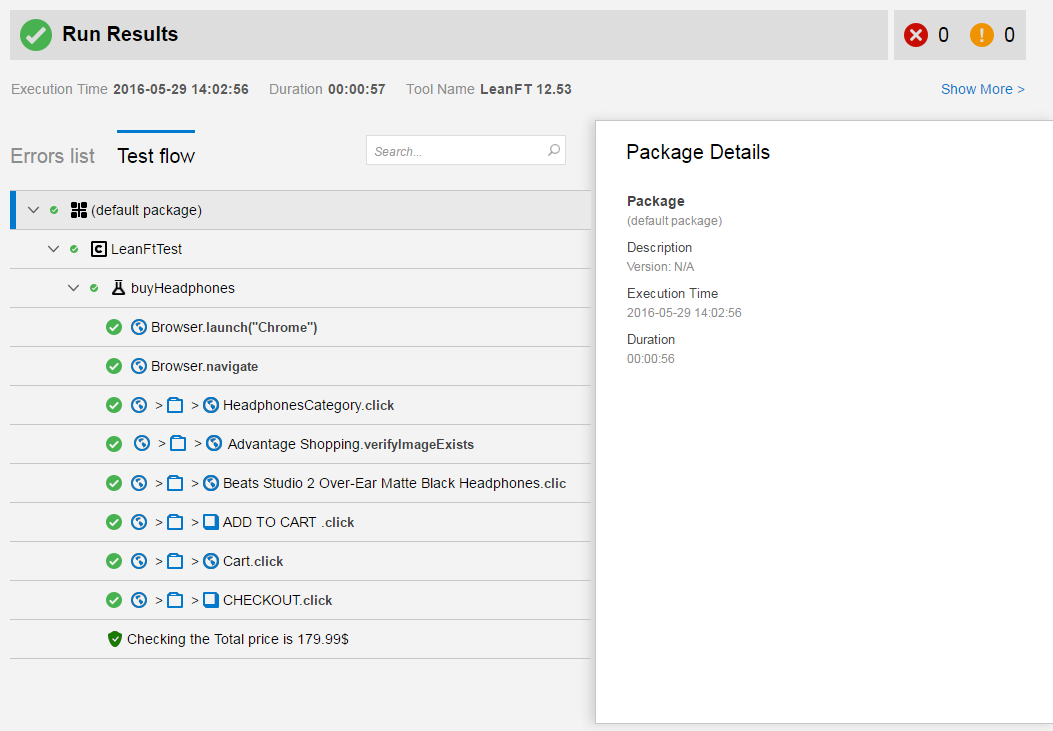 How does LeanFT report provide context from a functional testing perspective? 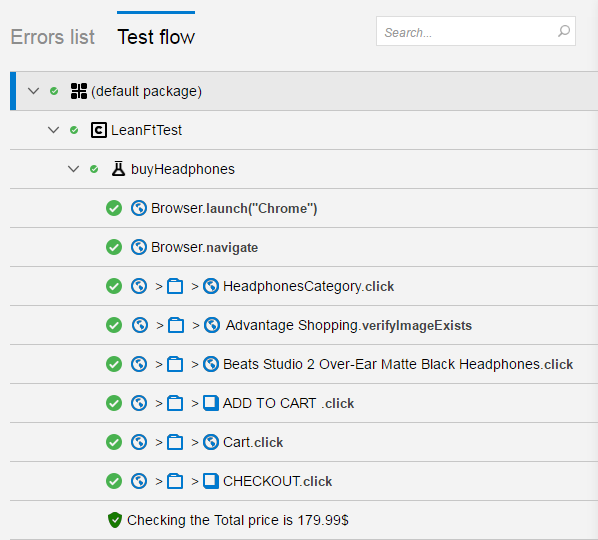 The snapshot is useful for analyzing the test flow. By automatically capturing the state of the application under test, the LeanFT report provides a highlighted image of the test object which provides the best orientation as to where the operation was performed: 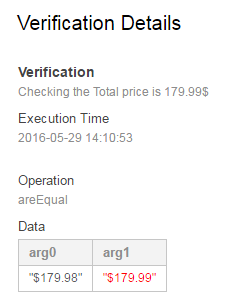 With verification details in the right pane, will also have a comparison table to help quickly analyze the actual vs. expected values.

The code for the verification in this example is:

The code used for the image verification above is as follows:

You can find more on image verification and comparison in a dedicated blog post here.

In addition to all the convenient reporting features discussed above, LeanFT also has a built-in Reporter API which opens up more capabilities to enhance the report.

You can read more about the LeanFT run report in the LeanFT Help Center.

Lean Functional Testing (LeanFT), is a functional test automation solution, which was built specifically for continuous testing and continuous integration.

In addition to its SDKs, LeanFT provides plugins for these IDEs, including powerful tools like the Object Identification Center and Application Models.

You can find more information about LeanFT in the LeanFT Help Center.

Thanks to Bilal Issa from the LeanFT R&D team for providing this article!

Try Lean Functional Testing for yourself!