Enterprise release management is a set of processes that oversees the planning, designing, scheduling, and delivery of software across multiple departments. Releasing software into production requires money, technology infrastructure, C-level support, employee buy-in, a highly skilled team, and continuous nurturing. Enterprise release management best practices protects the investment of time and money that goes into producing a new release that delivers the services the business needs, protects existing functions, and meets the expectations of end users.

Release management begins with a request for new features or changes to the existing application. The request is reviewed and, once approved, planning and design begins. The release is then built, reviewed, updated, and tested until it deemed a viable release candidate.  It is then deployed to production and made available for end users. After it goes live, the support team becomes responsible for collecting information on bugs and other application problems.  If an issue is found that triggers a request for change, the entire release management cycle starts again. Here is a more in-depth answer to the question, "What is release management?"

Software release management doesn’t have to be a dreaded, stressful, arduous, conflict-ridden endeavor. By applying enterprise release management best practices, you can take the chaos, confusion, uncertainty, and errors out of the process. Here’s a look at these practices and why they are important for every organization.

Release management is invariably a team effort. However, it cannot be effective without a clear leader who is perceived as honest, credible, and a good listener.

The release management process itself often brings development and operations teams into conflict. If a release management leader reports solely to the development team, he or she may tend to be overly optimistic and authorize deployment into production too fast which could compromise application quality and stability. On the other hand, if the release leader comes from an operations perspective, he or she may be too pessimistic, insist on excessive testing, and slow down delivery.

Perhaps it’s taking too long for builds to be deployed once they are completed. Perhaps testing is unnecessarily delayed and test environments are poorly managed or absent. Maybe commitment and morale are low. Some of the bottlenecks and shortcomings will quickly become apparent, but others will call for a deeper investigation.  Find the constraints in the current system and optimize according to business priority.

Create a Regular Cycle for Releases

Inconsistency in releasing software is often the number one problem impacting enterprise release management. Best practices require that the process be predictable and repeatable. Increasing frequency will improve both the quality and consistency of your releases.

Having a clear release cycle has several benefits. First, it forces discussion and action on the testing needed before deployment into production. Second, it gives project owners, application end users, and IT operations staff advance warning on when they can expect a new release enabling them to be better prepared and giving them the opportunity to provide input on functionality they would like included.  Third, it establishes a routine that everyone in the organization can align themselves with. Fourth, it gives all stakeholders the confidence that the release management team can be trusted to deliver.

Before you sign off and formalize the release cycle, test it to be certain that it’s practical and realistic. Base your release cycle on the timeframe needed to ensure the software satisfies the required standard of quality.

There are many repetitive tasks involved in the release management cycle. If these tasks remain manual, they waste both time and human resources that could be deployed in more productive, strategic activities. In addition, with a manual process, there’s a risk that deployment will not be done the same way each time.  Standardizing and automating the release management process ensures consistency of inputs and outputs for each and every release.

Many aspects of release management can be automated but testing is particularly well suited to this approach. This includes unit testing, regression testing, integration testing, and performance testing.

A software release is an important milestone, but not everyone (including stakeholders) knows that or acts like it. If you want developers, testers, and end users to take a release seriously, you must be unequivocal about its importance. Have a well-thought-out but brief write-up that explains why the release is required (this is most effective if you can ascribe a monetary value such as the potential of saving millions of dollars), and clearly articulate the new enterprise release management best practices process itself explaining why things must be done in a certain way.

Shedding light on the release and process as well as demonstrating that it’s important enough to explain it to all stakeholders, is a powerful avenue for building positive expectations. By getting everyone on board from the start, you’ll have overcome one of the biggest reasons for the failure of a release.

People are the Biggest Asset

Enterprise release management best practices may be a technology-heavy process. Nevertheless, technology doesn’t have a life of its own. No matter how much you invest in hardware, software and procedure, the release management will be at best mediocre if the team isn’t skilled, equipped, or committed for the job.  In fact, team selection and developing the right culture will be one of the most important decisions you’ll make around release management.

Hiring the best people and paying them well isn’t enough. You must demonstrate that you have their interests at heart, are concerned about what’s important to them, and are open to doing whatever is needed to keep them fired up in their release management role. It could be as simple as providing lunch, organizing teambuilding retreats, paying for professional training, or creating a mechanism through which they can share candid feedback without fear of any negative blowback. Developing a cohesive, driven team takes time. You must work at it every day until you get to the point where each member of the team is excited about delivering above expectations.

Releasing software to production for customer use is the single most important event in an application’s lifecycle yet IT organizations continue to use error prone manual processes, spreadsheets and word documents. These practices increase the risk of a failed or delayed release.  By applying enterprise release management best practices, businesses can consistently roll out releases that do exactly what users expect. 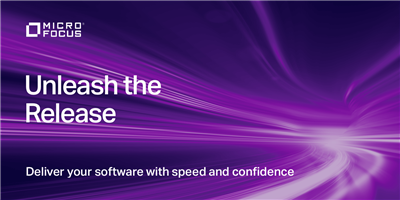