Robotic – An entity that is capable of being programmed by a computer for doing complex tasks is known as a robot. In terms of RPA, this task would be to mimic human actions.

Process – A sequence of steps, that leads to a meaningful activity or task is known as a process.

Automation – When a task happens automatically, i.e. without human intervention. 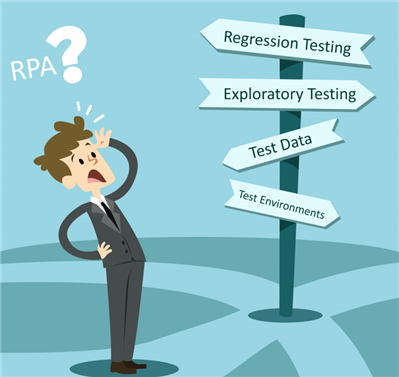 Before we can investigate the areas within Software Testing, which only RPA can scale and not a test automation tool, we need to understand the similarities and differences between RPA and Test Automation.

Both, RPA and Test Automation disciplines have many similarities, such as:

Along with the similarities, there are some major differences in implementation between both disciplines.

While the RPA discipline targets SUCCESS and focus to make the process work – the Test Automation discipline targets DISCOVERY OF FAILURE prior to production. Therefore, robots in RPA need to be always ready and are idling in a working queue, while test automation is always triggered by an event (code commit, CI pipeline execution, scheduled, changes in configuration, etc.).

Coming back to the question, how and more importantly where RPA can help accelerate software testing? To answer this question, we need to look for tasks which are repetitive and mundane in testing and can not be automated to scale the testers need. Here we are not talking about replacing test automation. 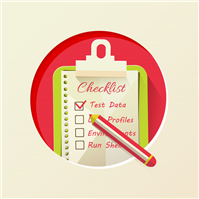 Let it be in a sprint or in a traditional testing phase, testing user stories and/or traditional requirements require some manual preparation, such as test data in a specific state or setting up environments/services to perform the testing. These preparation activities do not belong to the test itself. Once all testing is done, some of the wrap-up activities can also be automated through RPA to trigger clean-up tasks, such as repetitive usage of data variants and datasets.

The RPA robots could be part of an agile team within a sprint, who only performs tasks on behalf of the developers and testers.

For instance, members of an agile team could request: 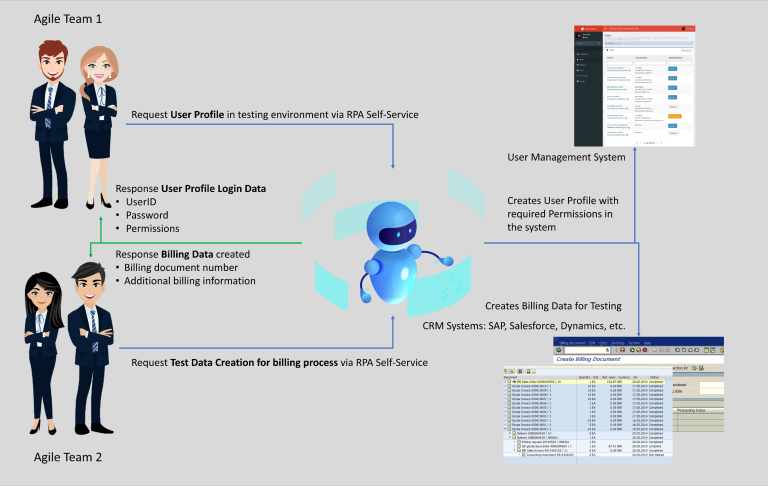 How often are test cases stuck given the fact, the test data has not in the right quality, especially when subprocesses are tested within an End-to-End process?

RPA Self-Service can be of great use within a software development project and can help non-technical people to consume automated processes through a portal. Based on the roles and permission, a service portal can be organized to provide a different automated process to different users and groups. 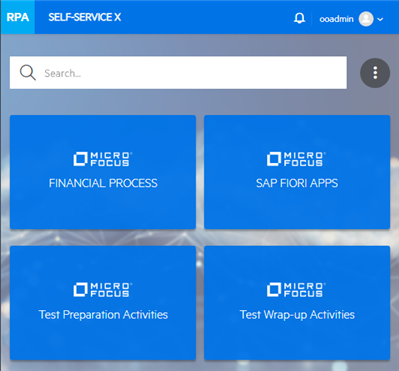 Users can create different areas on their self-service portal landing page to quickly access and consume the processes needed.

The following landing page could belong to a test engineer or developer. It shows all automated activities supporting the role in their day to day work, In this case for test data creation or service availability. The user now could select one of the listed processes to run, such as “Order_to_Cash – Get Order for invoicing”. 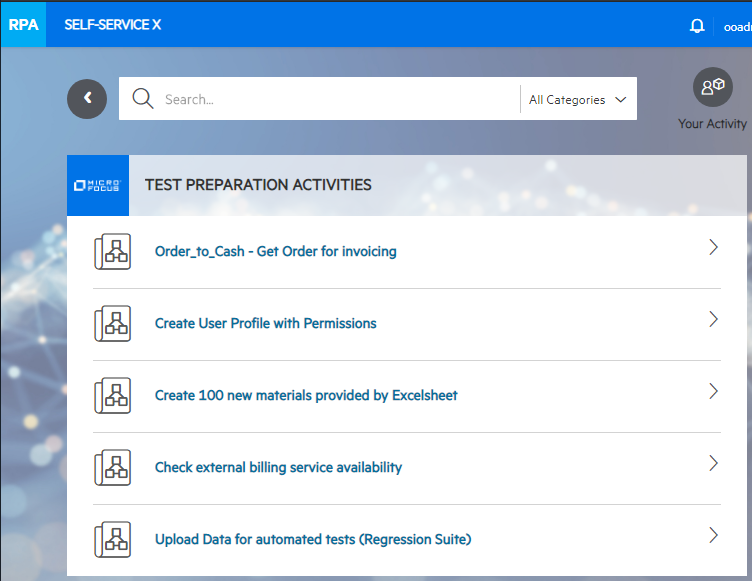 This Order_to_Cash – Get Order for the invoicing process will return an order number that has not been processed for billing in the system and has the quality and attributes required for the test engineer to test the billing feature. 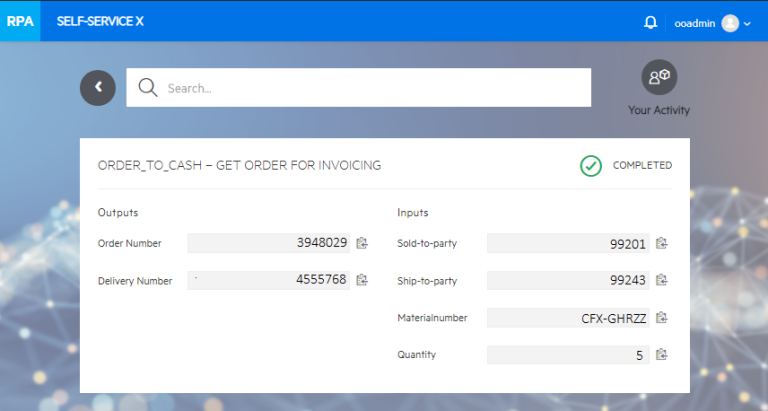 All data will be provided by the Robot to the test engineer or developer to be able to test the feature according to the user story.

Publishing automated processes and activities to be consumed via Self-service Portal will allow an organization to provide the service to any employee in any project team.

Once an organization understands the context of RPA in general, it will generate even more opportunities in enterprises as we may think today.