by Shane_Evans in Application Delivery Management 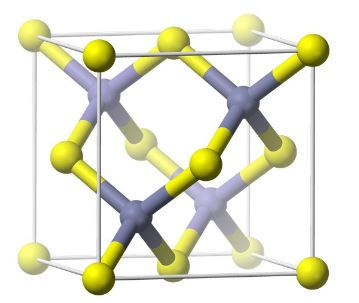 Selenium has one of the most interesting histories in software. Originally dubbed Selenium Remote Control, the tool was used internally by a team at ThoughtWorks, the name had a specific meaning as creator Jason Huggins explained in a 2011 interview with Infoworld. “Selenium was so named because Huggins, dissatisfied with testing tools on the market, was seeking a name that would position the product as an alternative to Mercury Interactive QuickTest Professional commercial testing software. The name, Selenium, was selected because selenium mineral supplements serve as a cure for mercury poisoning”, Huggins explained.

Selenium RC was later merged with the WebDriver project by Simon Stewart, and the RC was dropped in favor of WebDriver which has since been recommended as a standard by the W3C. The success of the Selenium project has spawned conferences, countless meetups, and multiple companies all looking to get in on the action. Some of these events were formed by the very founders of the Selenium project, which is a natural evolution in the tech industry.

Here at Micro Focus, we have been watching Selenium for some time. Initially, it was seen as a threat to our very existence. “If people can test for free, why would they ever buy our software?” Well, for one, nothing is ever free. Even love and freedom of speech have their associated costs--but that's a much deeper conversation to have at another time. No, what I mean is that free often involves a lot more work to get started and maintain such a solution. So while you could save on the software licensing side, you might have to compensate with additional skilled people who are proficient in building and maintaining an automated testing framework.

Over time, however, the skills and knowledge of the testing community at large matured, along with the Selenium project itself. More browser vendors jumped on board, and available companion projects that aided in the creation and maintenance of tests became commonplace. In essence, the ecosystem surrounding the Selenium project reached a critical mass.

Naturally, we decided it was time to look at Selenium WebDriver not as a competitor, but as a standard to support and ideally, to contribute to in some way. We looked at all of the reasons why so many customers have chosen our solutions over the last 15 years, and how we could leverage those capabilities to enhance the Selenium automation experience. After all, we've been the market leader in this space for some time; surely there is something we can offer to the community.


A new face in the community

I imagine when HPE, formerly Mercury Interactive, signed up to sponsor our first Selenium conference in Bangalore, India back in 2016 that the response from the event coordinators was something along the lines of, “What?! Why?” We even half-expected to be kicked out of the conference. After all, many of the core team members are still involved with the project, and would be familiar with where the Selenium name came from. But we weren't kicked out, and we listened and learned as much as we could from the community to understand the challenges they were facing. We went on to sponsor the next three Selenium conferences, including the event next week in Berlin, Germany. Each time, we learned a little more about how we can help this large and growing community. After all, we're testers too and solving problems for testers is in our DNA.

We launched LeanFT in late 2015, a solution for automation that is based on the Selenium paradigm. LeanFT offers tools such as the Application Model, which allows developers and testers to model their application so that automation can be built and maintained much more efficiently. LeanFT also provides built-in reporting, a powerful Object Spy, and of course support for a range of application technologies including Web, Mobile, SAP, Java, .NET, Terminal Emulators and more. The goal was to provide a solution to fit the needs of the more Agile/DevTest oriented testers, while still leveraging the strengths of our core IP.

We then added support for Selenium tests in LeanFT in 2016. Why? We wanted to enable Selenium users to leverage the capabilities mentioned above. We also wanted to allow our customers to enhance and enrich a single test asset from development through functional and regression testing, to performance testing and even monitoring. So it made sense for that asset to be based on a standard. We even provided additional locators and regex support to enhance the Selenium APIs.

In the heritage Micro Focus team, we introduced Silk WebDriver; A free solution that can easily record, replay and export Selenium tests in different programming languages. When combined, LeanFT and Silk WebDriver provide a powerful way to create, manage and maintain Selenium tests. These tests can be executed by the CI directly, in a Selenium Grid, or using one of the many services that are available for scaling execution across browsers in parallel.

Bringing it all together

In parallel to sponsoring the events and learning from the community, we started a journey to launch a new test execution service. Our goal for this service is to satisfy the needs of the Selenium community as well as the over 8,000 Enterprise customers who have depended on our solutions for functional test automation for so many years. We listened to hundreds of customers and narrowed on around 70 problems they shared across many different geographies and industries. The ask was simple, to provide an on-demand test execution service for Web and Mobile applications, across any browser, device or Operating System, using any test asset. Yes, including Selenium.

We're now wrapping up the nearly six-month Beta program, and the results have been exciting for us as a team. We can't wait to launch this new offering to the general public, and hope you'll check it out. Stay tuned for updates.

We have more in store for the Selenium community, which will be shared in the coming months. Until then, I hope to see many of you at the conferences, meetups and online.