We’re proud to announce the release of Micro Focus UFT One 15.0.1!

In this version, Micro Focus accelerates multi-platform functional test automation with one intelligent solution, enabling you to test across any architecture and technology stack at full velocity. From AI to the UI, UFT One 15.0.1 is stacked with new features and enhancements that streamline your testing processes, increase testing efficiencies, and sustain quality while reducing testing time.

UFT One's newly introduced AI-based testing continues to revolutionize and intelligently-power the way humans test. The latest enhancements within UFT One 15.0.1 offer the ability to:

These AI enhancements enable teams using UFT One to accelerate the creation of automation assets and reduce the maintenance effort required to match the pace of application changes. 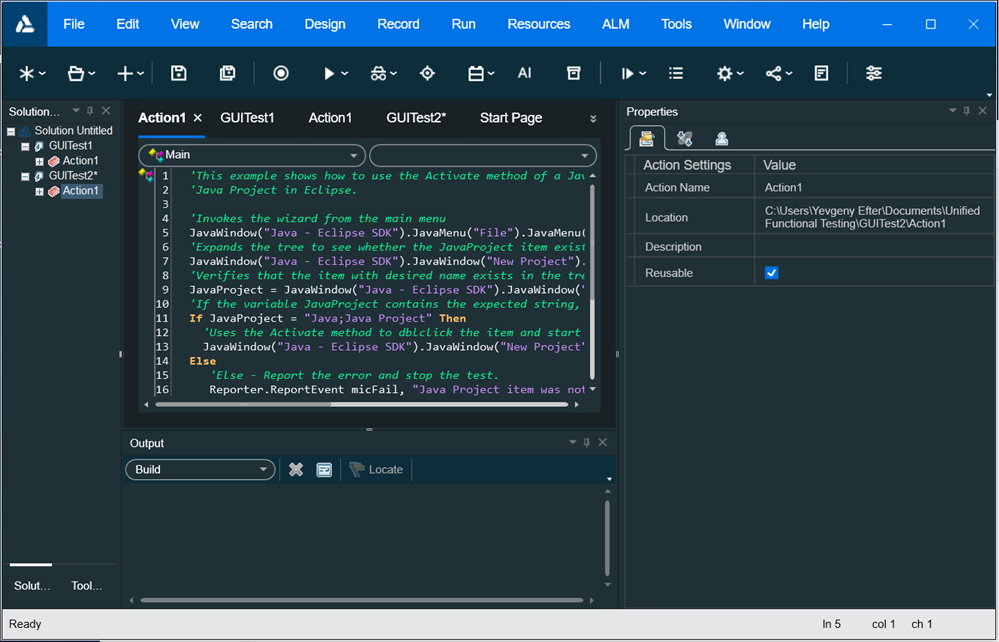 For this release, the main screens support the dark theme. Other screens, like the Start Page, will be themed in a subsequent release.

Record and run OCR-based objects with a higher level of accuracy using two new OCR vendors: Baidu and Google Cloud OCR. Simply set up an account with Baidu or Google Cloud OCR, and then configure UFT One to use their OCR services for text recognition. 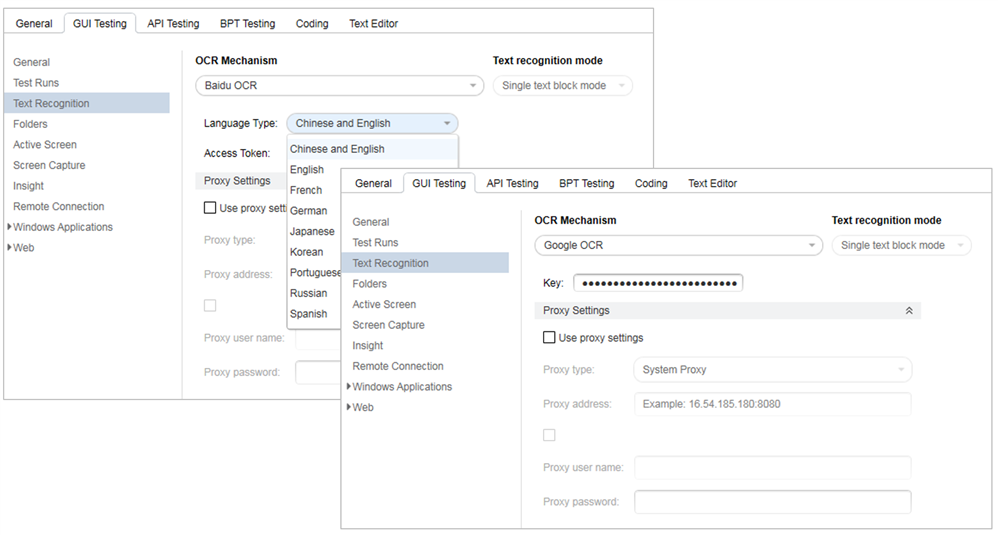 These new OCR vendors improve support for CJK (Chinese, Japanese, Korean) languages and include the ability to mix CJK languages with other languages.

Getting the Chromium Edge UFT One Extension is easy. Users have two options:

Users no longer need to make sure that all the add-ins they need are loaded when they open UFT One. Now, users can replay their tests seamlessly without having to go back and tell UFT One which add-in to use.

When opening a test in version 15.0.1, UFT One automatically loads the add-ins associated with that test. When the test closes, any add-ins loaded specifically for that test are unloaded.

This is relatively simple process where Jenkins triggers API tests from UFT One in a Docker container by:

When working with Web-based SAP applications in a Chrome browser, UFT One 15.0.1 supports seven (7) test objects as a technical preview:

A key benefit to UFT One’s support is that existing scripts built for IE will automatically work in Chrome without having to modify the scripts. This will help users shave off a tremendous amount of time having to refactors their scripts to support a different browser.

Our latest enhancements for mobile testing are designed to streamline processes and increase testing efficiencies across the board. This includes:

UFT One 15.0.1 improves its testability and ease-of-use with a number of new enhancements, including (but not limited to):

UFT One is hailed by industry analysts for its support of diverse technology stacks. As expected, this release includes 20 newly supported technologies and versions.

Check out “What’s New” in UFT One 15.0.1 to see the complete list of features and technologies, or browse the full Product Availability Matrix from our Online Help Center.

While this blog covers a subset of our functionality, more details about this release will be covered in upcoming blogs.

To learn more about UFT One, visit us at: