We are proud to announce the release of Micro Focus UFT One 15.0.2!

But, don’t take our word for it. Check out 10 new high-value things about this release.

UFT One's newly introduced AI-based testing continues to revolutionize and intelligently-power the way humans test. The latest enhancements within UFT One 15.0.2 offer the ability to:

These AI-based testing enhancements enable teams using UFT One to accelerate the creation of automation assets and reduce the maintenance effort required to match the pace of application changes.

UFT One’s new spy, known as the Object Identification Center (OIC), is a visually-intuitive tool for designing tests with greater flexibility and ultramodern functionality. It supports the same feature-functionality that original Object Spy does, but introduces a number of new capabilities that allow you to: 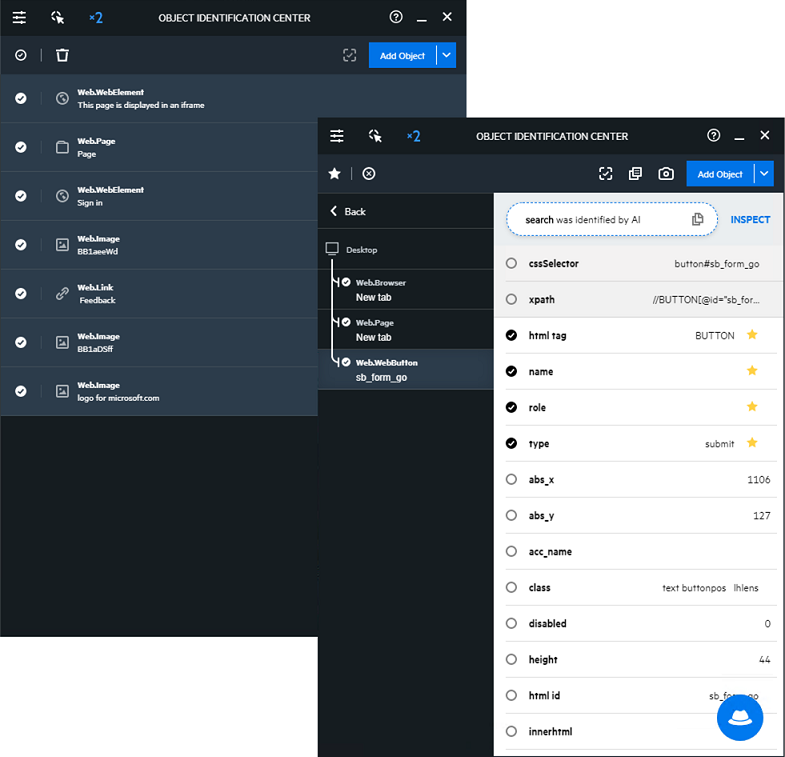 While the OIC is available as a technical preview in this version, it is now the default spying tool. However, you can still use the original Object Spy tool if you prefer.

Kick UFT One into high gear and watch your tests reach speeds up to 3X faster!

Performance speeds have been improved to accelerate test processes and reduce test times. This includes:

Again, don’t take our word for it. Download UFT One 15.0.2 and see the results for yourself.

Fire your API tests on all cylinders by running multiple tests simultaneously!

In UFT One 15.0.2, you can now use the ParallelRunner CLI tool to run up to four API tests in parallel. If the API test calls a GUI test, these run as well.

We also made testing in this arena more flexible. For example: when a GUI test that is run by ParallelRunner calls an API test, the API test will run. The results of the API test are displayed together with the rest of the parallel run results.

In combination with the UFT Mobile 3.5 release, UFT One 15.0.2 introduces enhancements designed to streamline processes and increase testing efficiencies for mobile testing. Enhancements include:

UFT One 15.0.2 improves its testability and ease-of-use with a number of new enhancements for targeted areas, including (but not limited to) the following technologies:

Text-based test objects are now fully supported in this version, providing the ability to:

UFT One 15.0.2 adds more to its fresh new look, including cosmetic and aesthetic UI-based updates that emphasize UFT One’s ease-of-use.

The default theme has undergone a number of UI design updates, including a new splash screen, Add-in manager, Keyword View, and Object Repository.

For UFT One’s Dark Theme, enhancements were made to the: 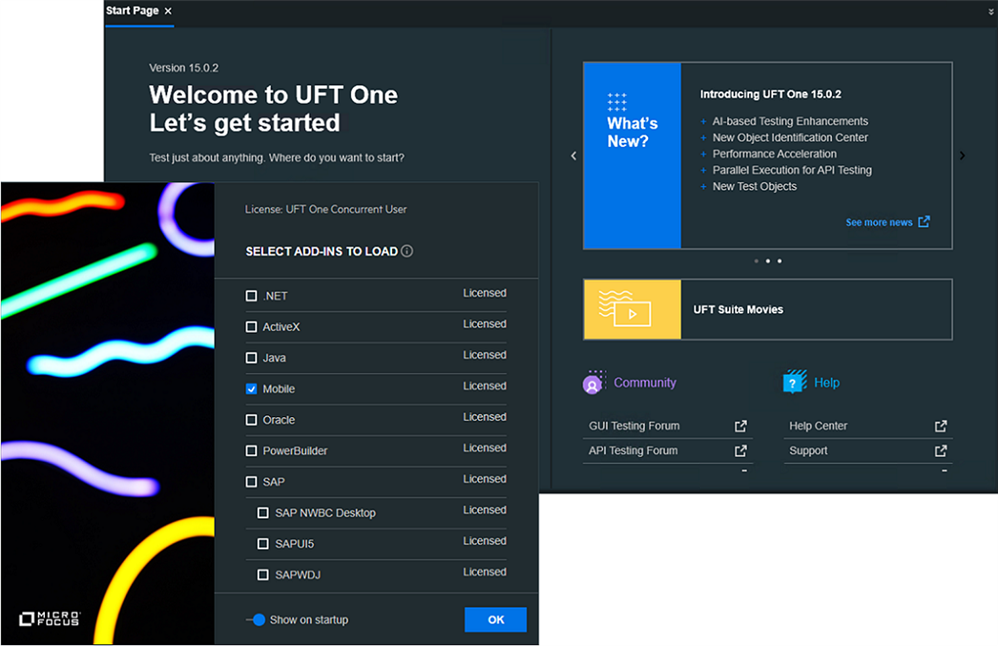 UFT One 15.0.2 improves its long-standing support for continuous testing with new capabilities for CI/CD and version control.

UFT One 15.0.2 provides the following updates when working with CI/CD servers.

UFT One 15.0.2 provides the following enhancements when using version control.

UFT One is hailed by industry analysts for its support of diverse technology stacks. As expected, this release includes 30 newly supported technologies and versions.

Check out “What’s New” in UFT One 15.0.2 to see the complete list of features and technologies, or browse the full Product Availability Matrix from our Online Help Center.

While this blog covers a subset of our functionality, more details about this release will be covered in upcoming blogs.

To learn more about UFT One, visit us at: