Depending on your requirements, there are other configuration tools to administer LDAP or .NET deployments. This results in a selection of different UIs for the various administration tasks.

So, previously customers might have had to switch between a number of different UIs when working with various Enterprise Server capabilities. From the 5.0 release onwards, ESCWA offers a sleek, seamless, unified experience that allows customers to do everything they need in one place. It has a clean and modern UI developed with Micro Focus’ own UX Aspects UX framework.

This example comparison of the “General Properties” page from ESCWA and MFDS demonstrates the differences the changes to a cleaner layout, and updated styling. 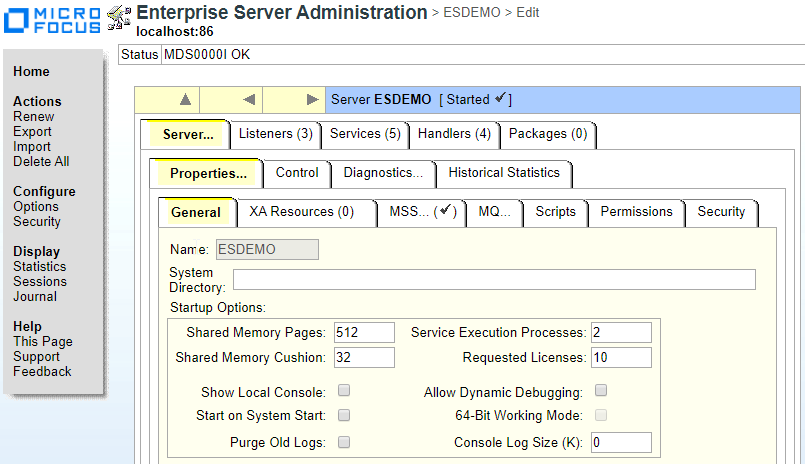 Here is an example of the “SEPs” listings for a region from ESMAC and ESCWA. In ESCWA, we can see examples of UX Aspects tooling such tables and filtering which will bring more customisation UI options when using pages.

Below is an example of where we have used modern UI components to create graphs for monitoring data.

ESCWA will not only replace the other administrations interfaces of the product, but also advances the product capabilities. For instance, it offers a Web API, documented using the Swagger framework. 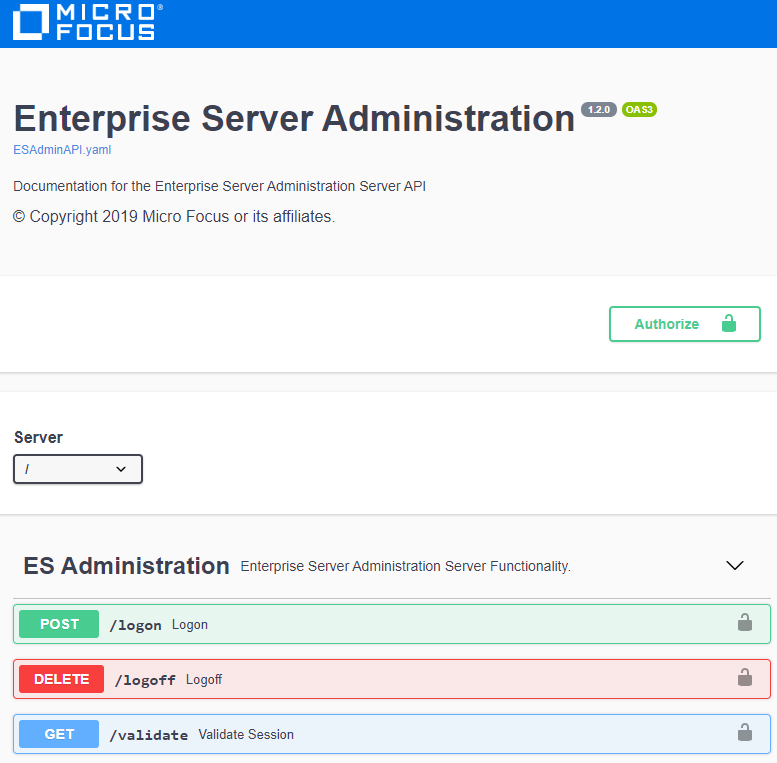 By using the Web API you will be able to eventually script almost all the functionality of Enterprise Server. These scripts could be used as part of your DevOps practices as Infrastructure as Code (IaC).

As well as the Web API, ESCWA makes Scale-Out integration much easier. Regions hosted on different hosts or even different platforms can be administered from a single ESCWA instance - you can even logically group regions on multiple different hosts and start/stop them as a single action.

You can see under the “Directory Servers” node on the left of this animation that there are two hosts we can interact with. Both have the Enterprise Server product installed. A logical group has been created and we’ve demonstrated how to start it.

This is only a brief overview of ESCWA's ability to combine disparate legacy UIs and provide new functionality through a clean, modern user experience, enabling you to make the most of running your rehosted mainframe applications. There are many other exciting features to demonstrate, as well as further ones planned for future releases. You can try the real thing for yourself from Enterprise Server 5.0 onwards – check the ESCWA documentation to find out more.