Cryptocurrency, Web 3 and Mainframe - Wait, what? How an agnostic marketer and technology builder ended up in Mainframe 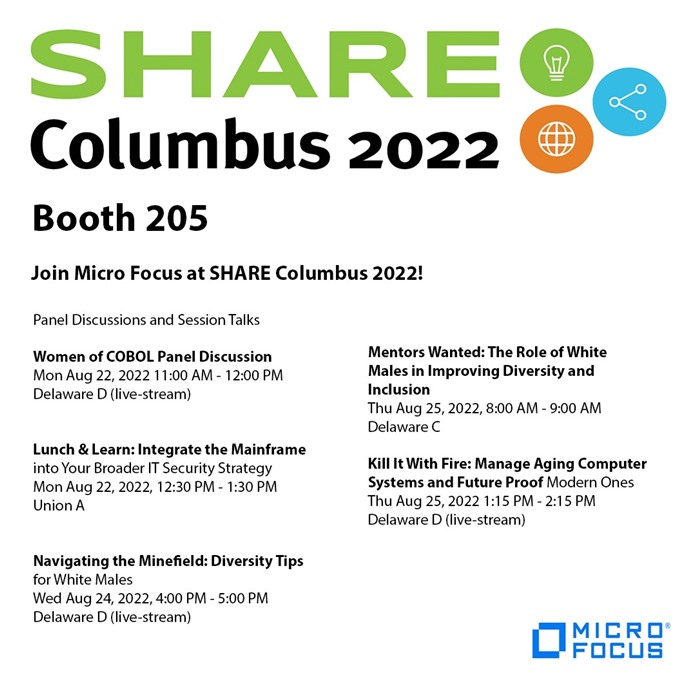 Technology matures quickly and the digital transformation that many Mainframe companies are experiencing is pushing them through the stages of that journey faster than ever before. Micro Focus is the leader in that journey, working with most of the largest mainframe customers in the world to ensure their IT systems are nimble and delivering exactly what the business needs. Rewriting verticals from scratch to replace existing structures is usually the worst approach for a large company that has a complex matrix of apps that live across the mainframe and that connect with a series of other networks. Instead, an approach that allows for a customer to continue to utilize existing verticals at the same performance levels of their competitors while modernizing their journey, allows them to run in place and simultaneously transform.

For nearly a decade, I built and ran an early Web 2 agency primarily focused on the Ruby MVC framework, building early social networks for clients like MTV, Viacom, Sprout Social, Groupon and others. In 2011, I went on to start a microbrewery, built on the back of open-source technology where we utilized our technology infrastructure to manufacture and fill orders across 20 states as well as to market to our customers and distributor partners. In 2016, after selling the brewery, I found my way back into the newest most controversial tech space, Blockchain, Crypto and Web 3. I specialized in projects around establishing origin and provenance on the blockchain in industries spanning cannabis, freight logistics, healthcare, finance and arts & collectibles. In 2018 I co-founded a company that was a Founding Block Producer on the EOS Network, where we stood up our own hardware in datacenters in two U.S. locations.

In every business, modernization occurred to allow us to meet the needs of our customers. The mainframe modernization journey is not dissimilar to other processes customers go through when evaluating their technology solutions. Having matured through what was arguably the 1st large object-oriented code adoption in the history of the web, where customers began to modernize their web languages to Ruby, we supported a complex journey of modernization in many cases with Ruby, PHP, JAVA and other languages, while simultaneously supporting large web-based applications, all while continuing to run the business uninterrupted.

Over time my agnostic position on technology has helped me make better decisions for my customers. Technology and the cultures within can be cultish at times and I found myself instead wanting to be very much of an open book in solving the problems of those around me. I’ve learned in my short time at Micro Focus that Mainframers are no different. They are not special - they are something more important.  They are part of a larger ecosystem where Mainframe technologies make up the world’s most important, always on, systems. The Mainframe is not just some MEME from a Sandra Bullock movie (Yes, I just referenced The Net)

.  The Mainframe is synonymous with stability but in recent years, most organizations have finally gotten serious about modernizing.  With the experience of hundreds of successful projects, Micro Focus is uniquely positioned to lead customers through their own personal modernization journey.

I am excited to be heading to SHARE the week of August 22nd and get to know the mainframe community. Can we be friends? I will be bringing lots of fun COBOL merchandise, some blasts from the past buttons, and other items and will have exciting things to share at Micro Focus booth 205. So be sure to come and talk to me about Mainframe, Blockchain, Bitcoin, Beer or whatever you want. I am agnostic after all.