BlackKnight over 1 year ago

Currently, having the "Tools > Options > Debugging > Micro Focus COBOL > Suspend at 'STOP RUN'" option set, the debugger visually appears to stop before the final line is being executed: 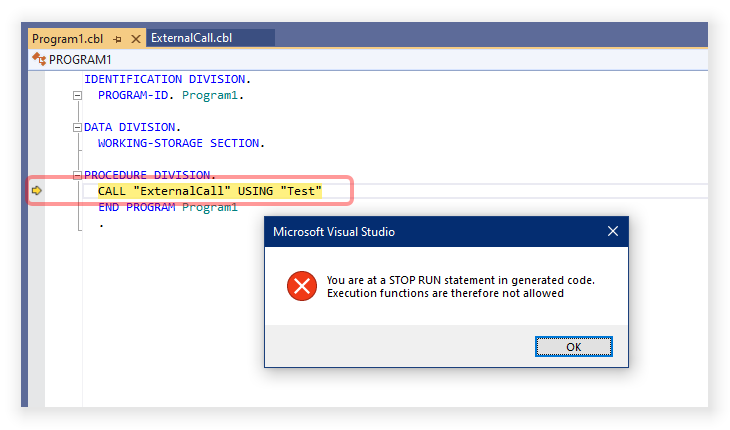 From above screenshot you can see that it looks like the CALL statement has not been executed yet. But actually, execution has already passed the final line in the code.

This current behaviour is very irritating.

Furthermore, I'm used to continue (by hitting <F5>) a successful program when it's halted instead of aborting it (by hitting <SHIFT> <F5>). So, it's cumbersome to alter that common behaviour just for the "Suspend On 'STOP RUN'" feature (see error message above).

So, I'd like to suggest four improvements regarding the "Suspend On 'STOP RUN'" feature: