Ferraz over 2 years ago

I am creating a new project with some programs that existed in another project (for example the menu manager).

Everything is fine, but I have an error that I can not solve (and the tips do not exist).

The program in question is MENUS (MENUS MENUS.XAML). You are giving COBCH1710 and COBCH0826 error on some lines in MENUS.G.CBL.

I've tried changing some of the lines but it always gives the same error.

Attached prints with the error. 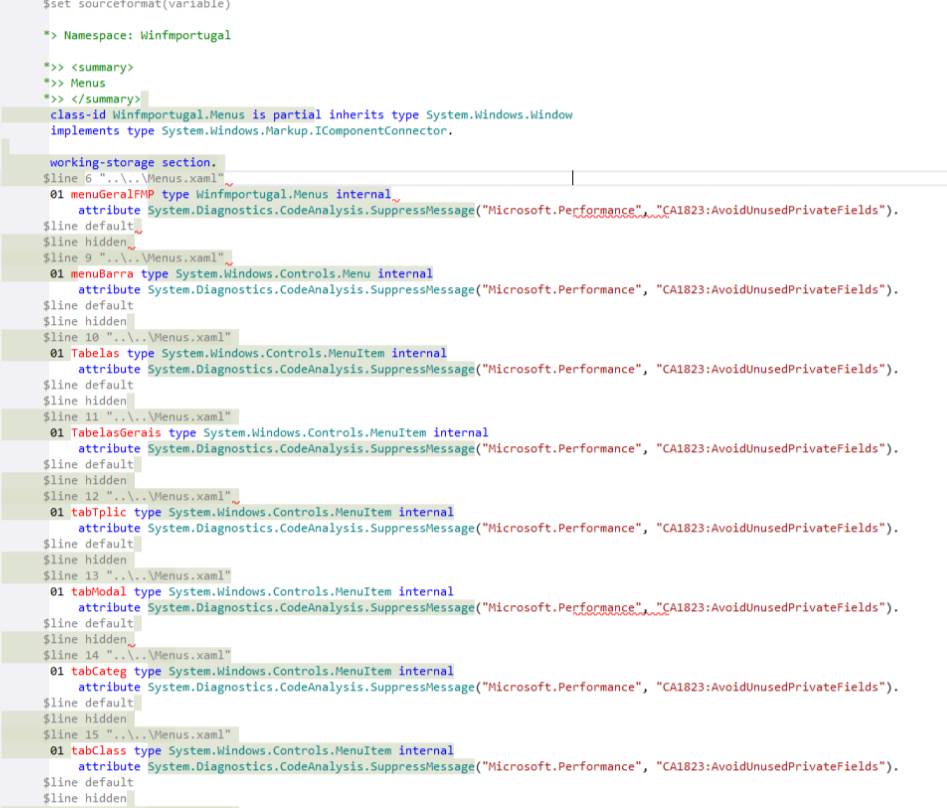