Setting up a fully functional Kubernetes cluster with high availability has been quite a challenging task. Involving complexity of understanding how kubeadm, kubectl, kubelet commands and networking among the pods work.

With this article, we can understand how the bottleneck of having to deal with manual installation/upgrade of Kubernetes cluster can be alleviated and use automation whose backbone is typical ansible configuration management.

# Have a look  at https://kubernetes.io/docs/setup/production-environment/tools/kubespray/

6. Let's get started with steps!

6.A. Prepare the VMs (Ansible host and Target Hosts)

6.B. Need to execute some commands as root

- Projects Ansible Setups, commands like kubeadm and few docker commands need special user permissions/elevated privileges/particular groups on linux machines. For this, edit the /etc/sudoers file on each machine(ansible host : admin and target nodes) and add the lines below %sudo group.

(Adding these line just below %sudo group is mandatory) 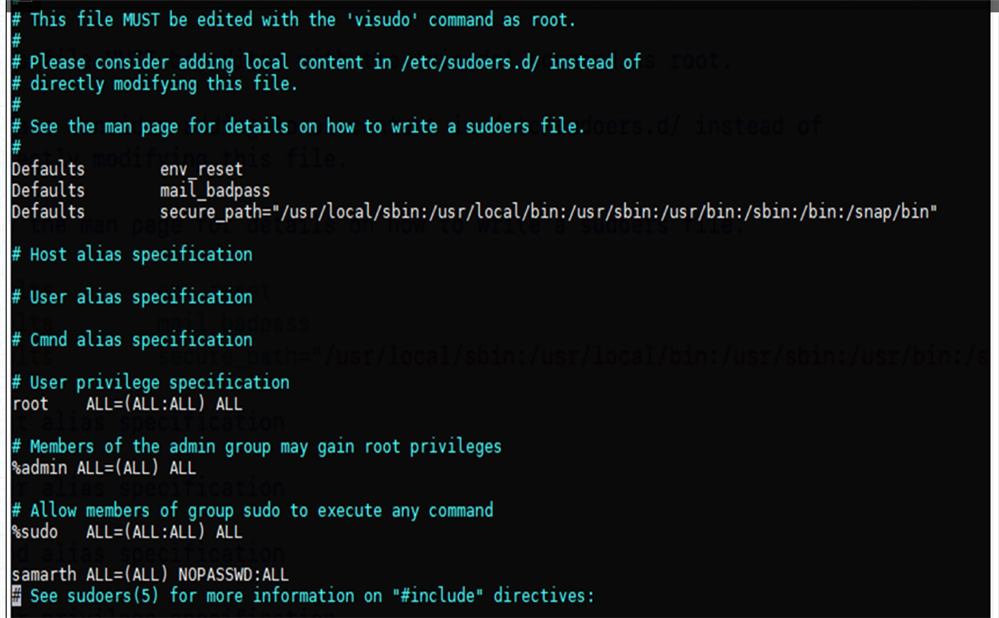 6.D. Install the requirement of the project.

Requirement file will always be inside of the cloned project.

The versions may vary based on kubespray’s further development by the Kubernets community on github:

- Consider the inventory/sample of kubespray project as a template. Make a copy of this in the same project with some new name, while preserving the access rights on each file with the below command.

The contents of inventory/mycluster/hosts.yaml filecan be edited as per requirement before running the kubespray automation. This host file is analogous to typical ansible host inventory. Below is the sample of hosts.yaml file after running the command.

a). inventory/mycluster/group_vars/all/all.yml (<- manage the etcd and internal load balancer)

-        Now cluster.yaml playbook can be used for k8s cluster provisioning. Use the below command to start the automation.

8.A. Within the k8s cluster master node

**Command kubectl by default; looks for .kube/config file in the current host to work with the k8s cluster details.

(You can choose read permission based on user,group,others).

8.B. From outside of the k8s cluster.

(node1 denotes a master node i.e. k8s-node1 in this case. host name k8s-node1 gets renamed  to node1, after running the automation)

$kubectl get all --all-namespaces -o wide 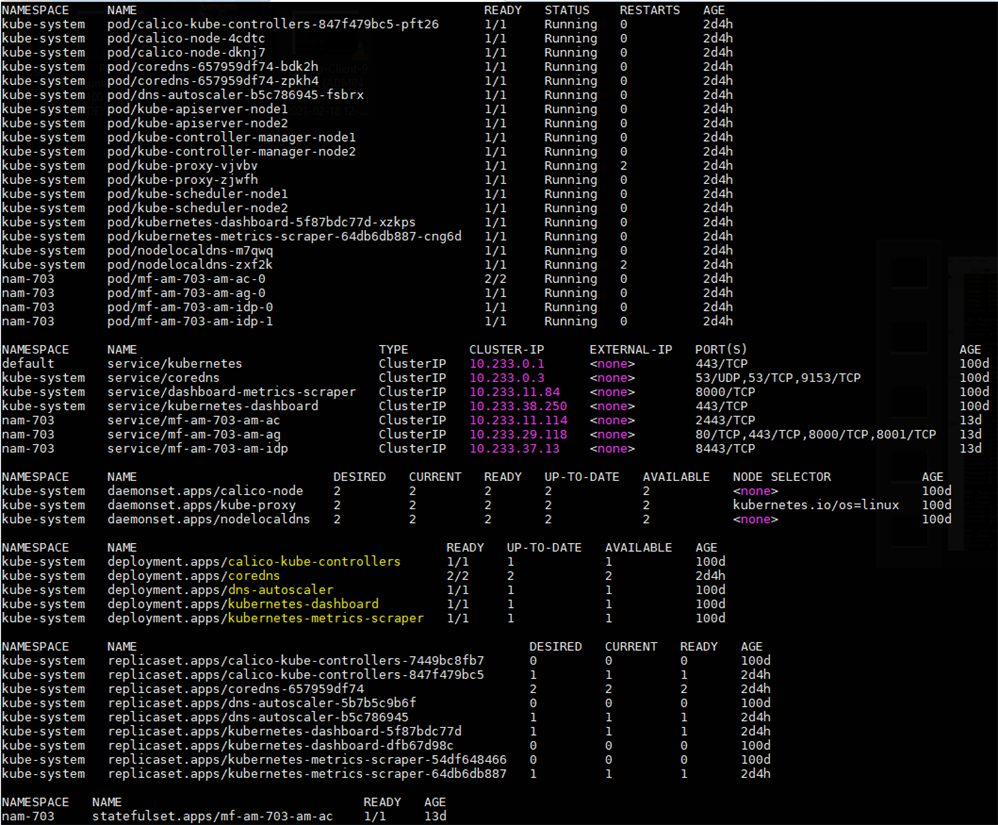 (If kubectl command is not recognized please follow https://kubernetes.io/docs/tasks/tools/install-kubectl/ )

*Note: After a successful installation and kubectl configuration, we can install helm with any package manager that suits the environment (https://helm.sh/docs/intro/install/)

Clone the new project or pull the latest changes from git before executing the below command. Because all of the binaries are pushed into new version to match with current Kubernetes version.

Mentioning kube_version is mandatory for a successful run.

You must wait for ~20-25 minutes for this upgrade process to complete.

** Now check the NAM resources you had earlier (i.e. before upgrading the Kubernetes cluster)

Consider the YAMLs provided in the project root.