Always wanted to easily certify a successful Access Manager Upgrade! And wish to have a tool/solution to help you here! Here is a solution that addresses such concerns of a successful upgrade.

Test Framework gives a set of predefined test scenarios to help you certify a successful upgrade and allows you to adapt and enhance the same based on the feature set used in your Access Manager deployment.

Using this solution, you can perform the following:

In addition to the default features and test cases, you can customize it, if required, as follows:

A high-level flow of actions is described in the below figure: 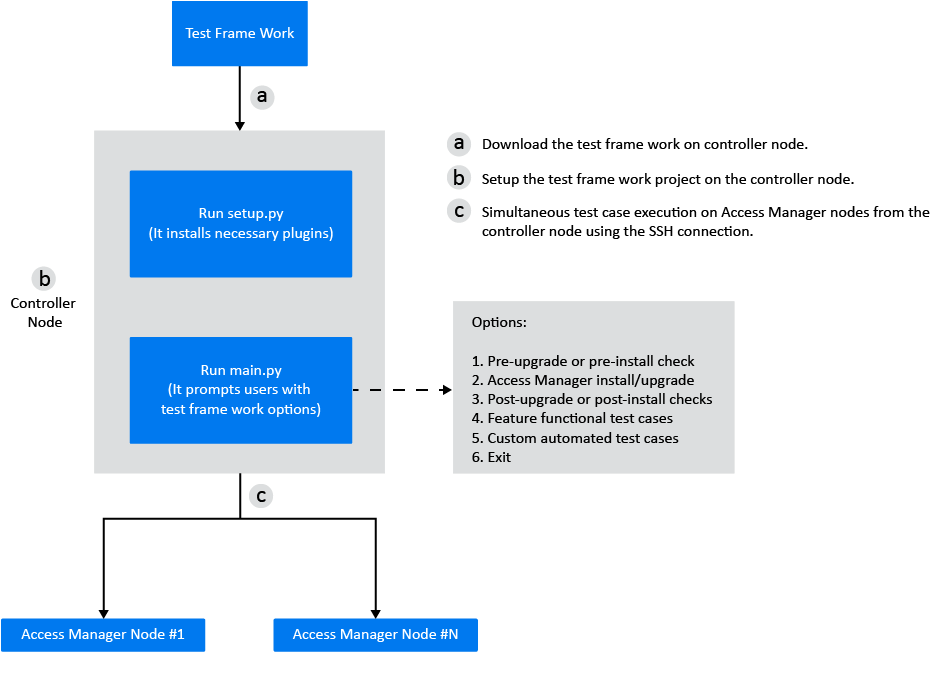 This document provides you guidelines to set up and use the Test Framework.

This solution has been tested and validated for upgrading Access Manager from version 4.5 to 4.5 Service Pack 2 on a Linux platform.

Prerequisites for Setting up Test Framework

Ensure that you have the following ready:

The following plugins are needed for Test Framework:

You can run each of the feature test cases individually by selecting respective feature option OR, you can run test cases on multiple features. 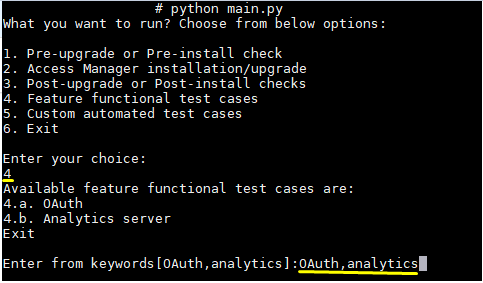 Here are different ways in which you can add test cases to the framework.

Adding automated scripts as a Test Case in Test Framework

You can plug the recurrently used automated scripts/test cases into the Test Framework and run as a test case from a single platform with Test Framework.

Follow the steps to add these customized automated scripts:

Example:  If the automated script file is named automated_test_case.sh 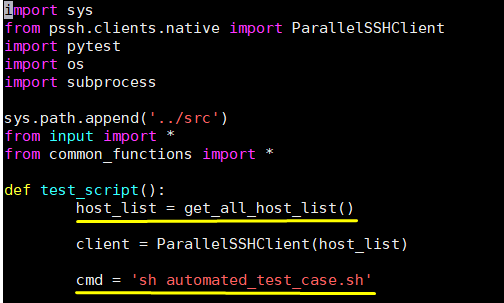 You can add new test cases to existing features by adding them to the respective test module file. Follow the pytest coding guidelines while adding new test cases.

To add a new feature test module to the Test Framework, follow below steps:

An Ansible script written to automate the Access Manager upgrade procedure is provided as an example to explain how the automated upgrade solution can be integrated with Test Framework.

Where PLAY RECAP provides a summary of the Ansible task run status against each of the node’s IPs. These nodes IPs can be IPs of Administration Console, Identity Server, or Access Gateway for which the upgrade script was run.