Your Flight's Been Cancelled: Mobile Airline Apps are Vulnerable to Attacks

Mobile applications are a hot target for hackers today.  There has been no shortage of vulnerability disclosures with popular apps that have been hacked to disclose user credentials, credit card numbers or steal private information.   I have always been curious about the security stance of Airline mobile apps.  These apps can include social security numbers, passport numbers, boarding passes and credit card information just to name a few.  Just recently (August 28, 2018), Air Canada notified its customers for “unusual login behavior”: (Read More).

“There are approximately 1.7 million Air Canada mobile App user profiles, and our investigation has determined that approximately one per cent or 20,000 profiles may potentially have been improperly accessed.”

And a week later (September 9, 2018), British Airways also announced that they had been breached: (Read More)

"No British Airways customer will be left out of pocket as a result of this criminal cyber attack on its website, ba.com, and the airline's mobile app."

In an effort to gauge the potential risk, I took a closer look at Airline mobile apps on iOS and Android. With the help of the Fortify Mobile Research Team, we performed binary vulnerability analysis across publicly available mobile apps from 30 major airlines around the world (30 iOS and 30 Android).   As a result of the analysis, we found that every mobile app had at least 1 vulnerability.

This testing performed was binary analysis based on current versions from the app stores.  No source code was analyzed and no server-side testing was performed.  All findings are anonymous as to not disclose any specific airline in this report. 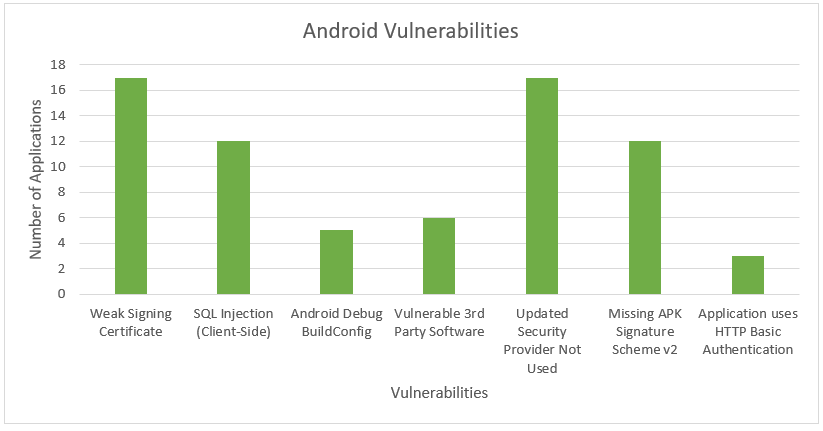 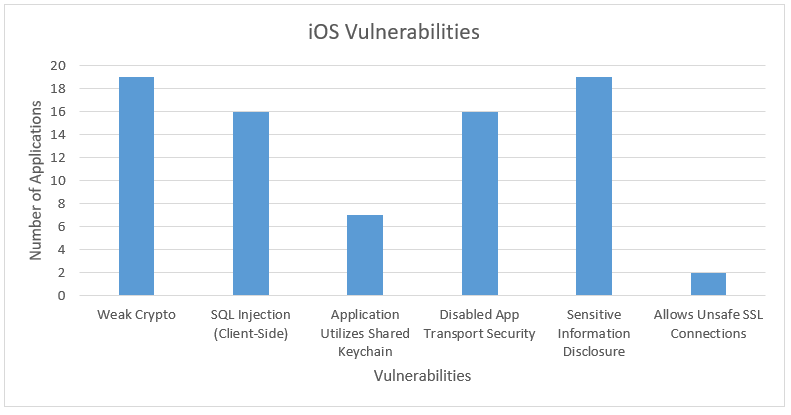 Why Does This Happen?

There are different kinds of vulnerability categories such as network, hardware or developer issues.  The type of issues identified in these airline mobile apps are common developer mistakes.   They could have been avoided by using developer best practices and a thorough SDLC process.  There are a few reasons why this happens, two major factors are:

The analysis we performed only scratches the surface of potential mobile app vulnerabilities.   A full assessment would include network testing for things like 3rd party data leakage and unsafe connections.  It would also include a test of the backed API.  Here we would find vulnerabilities such SQL Injection, parameter manipulation and logic flaws.