Are your Apps as Secure as they need to be? Check out Fortify’s new release

October was Cybersecurity Awareness Month, and all it made me aware of was how many breaches in October involved apps. Take these two: social media company Facebook reported a hack that compromised at least 50m accounts, then revealed a vulnerability that allowed attackers to steal automated log-in credentials (or “tokens”) to log into other popular apps and services. Also in October, Google made a surprise announcement that it was shutting down Google Plus. Apparently, a breach was discovered that shared private data. It was reported that a bug in the Google Plus People API put some user information at risk by making information that users thought wasn’t publicly visible available to 438 apps. 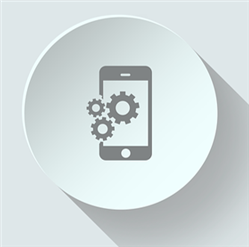 That’s why I am glad to be part of the Fortify team that provides solutions that help with secure app development, security testing, and continuous monitoring and protection to help prevent these types of breaches. One of the biggest challenges we have to overcome when selling Fortify is the perception that security will slow down app production. Not true, of course, Fortify finds security issues early in the development cycle and fixes them at the speed of DevOps. In fact, Fortify can manage, measure and integrate security for the entire software lifecycle.

I am also glad to see the continued innovation and update of Fortify features here at Micro Focus, including the announcement of the 18.20 release for on-premise products (Static Code Analyzer, Software Security Center, tools and WebInspect). Feature updates are where vision and execution intersect to provide our customers with a great product. I’m really excited how these features align with what our customers are asking for.

Our October 2018 updates enhance existing languages and improve integration/automation capabilities and support for new constructs and frameworks to drive greater customer efficiency and value. Here are some highlights.

Apple Update
Support for the latest releases of the following components:

Java 9
Enhancements to Java 9 support result in the discovery of more complex vulnerabilities in Java 9 applications.

Logging
A major update to the logging infrastructure.

For more information about this feature release:

About Us
Fortify is Micro Focus’ suite of application security products, and has been known for its innovation and depth of coverage for more than a decade. Earlier in 2018, Gartner once again positioned Fortify as a leader in its "Magic Quadrant for Application Security Testing," citing both Fortify’s Completeness of Vision and Ability to Execute.