Quantum computing is all the rage these days, along with blockchain and cryptocurrencies. The latter two are mature enough to provide real-world benefits (FSVO “benefits”), while quantum computing is not—yet. But, we’re told, quantum will be real any day now! Well, in a year or two, max! Or maybe five! 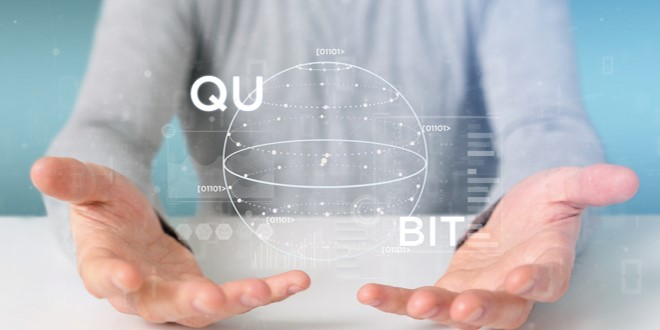 In talking with folks whose understanding of the topic makes me feel like an idiot, I’ve come to understand that these promises are almost certainly unrealistic. Quantum’s promise makes it such an attractive idea that the slightest claimed advance gets this sort of breathless press coverage.

Add in the expense of such research—supercooling doesn’t come cheap, even if you repurpose a few surplus Covid vaccine coolers—and people working in the quantum arena have little reason to want to dampen the hype, as they need the buzz to encourage continued investment.

But why be so skeptical about quantum computing? We’re used to the tremendous strides computers have made in our lifetimes, such that even though we know that a quantum computer is not “just another computer,” we find it easy to think “Well, sure, but we’ll get there soon.” A couple of analogies come to mind (yeah, I know, geeks and their analogies).

The first is metal manufacturing. Our ancestors spent a few thousand years hammering bronze, learning to cast iron, and then hand-forging steel; it’s only in the last century that we have had die-forging, and wire-cut EDM just became practical in the last few decades. Quantum computing is probably still in the bronze age: we can make primitive things that look like quantum computers, but they aren’t good for much yet.

It is reasonable to argue that the problems solved evolving from ENIAC to the Intel Core i9 in this laptop were much simpler than the ones facing quantum computing. And those still took a decade for each of seven or eight iterations. So when folks say that we will see large-scale quantum computers within a few years that can do things like crack RSA-3072 encryption, they are assuming that we will somehow be able to compress each decade of R&D into 12 months or so.

Meanwhile, the industry is still trying to decide fundamental issues about making qubits (sometimes called “qbits”), the fundamental unit of quantum computing: Photons? Superconducting materials of some sort? Trapped indium ions? We really don’t know. This is reminiscent of the early stages of transistors, when people were trying to see which was better: CMOS vs. GaAs vs. bipolar. Quantum evolution has barely begun.

A usable quantum computer will need millions of qubits; as of November 2021, the largest quantum machine has about a hundred qubits. And adding qubits is not like building a bigger building or an engine with more cylinders, because the problem of keeping the qubits “entangled” coherently—that is, functional—grows exponentially.

Even to the extent that current quantum computers can keep those few qubits entangled, results are error prone. What these “errors” mean is beyond the scope of this post (read: well beyond my understanding!), but a July 2021 article notes that these small quantum machines demonstrate error rates near one in 103—and that to be practical, the rate needs to be more like one in 1015. That’s quite a difference. And the error rate problem also grows exponentially with the number of qubits.

Current estimates of qubits required to break RSA 3072 encryption (the current most common encryption used in digital certificates) varies widely, from a few thousand to many millions. But all agree that the technology is nowhere near that point, and it seems that getting there is likely to take decades—if it is even possible. That last phrase is key: it may be a problem too difficult to solve without some dramatic breakthrough.

“Ah,” I hear you cry, “but a breakthrough could come any day now!” Of course it could. As could antigravity or faster-than-light travel—or a solar flare that takes out our electronics and leaves us squatting in the garage, cooking over a pile of broken furniture. But those are not likely, and neither is a fully functional, low-error-rate, mega-qubit quantum computer. Chances of one of those other events may even be higher—we cannot know, and that’s the point.

This is not to suggest that quantum research is a waste of money or effort! Like any pure research, it is almost certain to learn things with real-world utility. It is just important to temper one’s excitement against the reality that the problem being solved is very, very difficult.