An understanding of core security fundamentals should not be limited to security teams and penetration testers, but it should also be essential knowledge for developers and application teams.  Whether testing an application for security vulnerabilities or coding functions of a new system, core security concepts should be deep-rooted in one’s mind.

Many application teams have not been through core security training.  During development of new applications, they often make incorrect assumptions that lead to security vulnerabilities.  This seems to be particularly true of mobile development teams who are often rapidly building apps.

In this series we will explore several core security concepts and discuss how they relate not just to security teams but also to software development teams.  Part one covers the concept of Fail Open vs. Fail Closed. 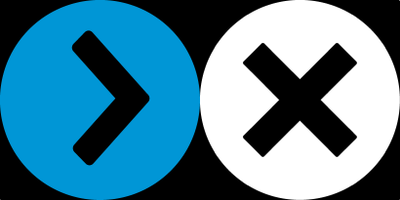 When handling errors, developers need to carefully choose what actions to take.  In deciding whether to fail open or to fail closed, the outcomes of each must be considered.  There are situations where each could be considered more secure than the other.  These cases differ and must be decided on an individual basis.

Consider a shopping application that sells music.  If a user is purchasing a digital album that will be immediately available for download, what should the application do if an error is encountered while attempting to verify the user’s credit card?  Most likely, the application should fail closed and not allow the user access to the digital download.  The store would likely not want to give the music away until payment is verified.

In the same application, suppose a user purchases a vinyl album that will be shipped after purchase.  If an error is again encountered during the verification of the user’s credit card, the application may wish to fail open.  In this case, the music store may be able to reattempt the credit card verification before the vinyl album is shipped.  Failing closed in this situation could cost the music store business.

Fortify is the market leader, as confirmed by the Gartner Magic Quadrant, that gives customers the choice of on-premise, as-a-service, or a combination of both to assess, assure, and protect applications.  To learn more about Application Security Testing with Fortify, visit www.microfocus.com/appsecurity.