This setup guide helps in understanding the insights of NAM versions on how product version is read and displayed in AC UI w.r.t Major release, SP release and a Hot Fix/Patch release.

We will have two different implementation based on a Major, SP release v/s HotFix/Patch release.

In case of NAM major and SP release deployed, the product version displayed in Admin Console UI > Troubleshooting > Version is read from “version” file in each of the Web App.

Here’s the path to version file in AC, IDP and AG.

updating the version and restarting tomcat (AC, IDP, AG) and jcc (on IDP and AG) will push the new version to Admin Console UI.

The implementation to determine the patch version is based on the .patch file in the HF directory i.e /opt/novell/nam/patches/installed/

(Reason being the .patch is a java archive file which can be extracted using “jar xvf”  which has the metadata from where the version is read)
jar will probably be signed by the NAM build process and updating it to a custom version is not possible.

In case there’s a miss-match between the devices, the .patch can be copied manually and tomcat, jcc service restarts will update on the UI. 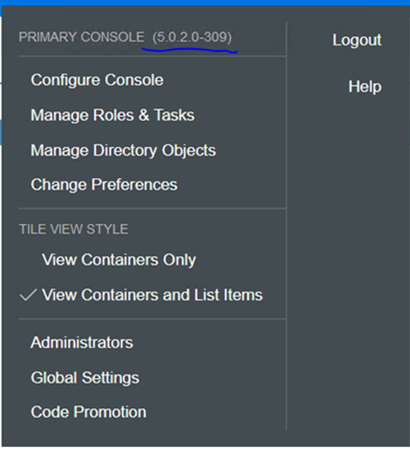 This doesn’t get updated after a Hot Fix/Patch installation which is a known issue and can be updated manually to display appropriate version.