I have installed identity console 1.3 as a docker image.

It sort of almost works, unfortunately text are missing from icons and whatnot. What can be the issue here? (see pictures below)

The user logged in here is supervisor on [root], so I guess eDir rights is not an issue. 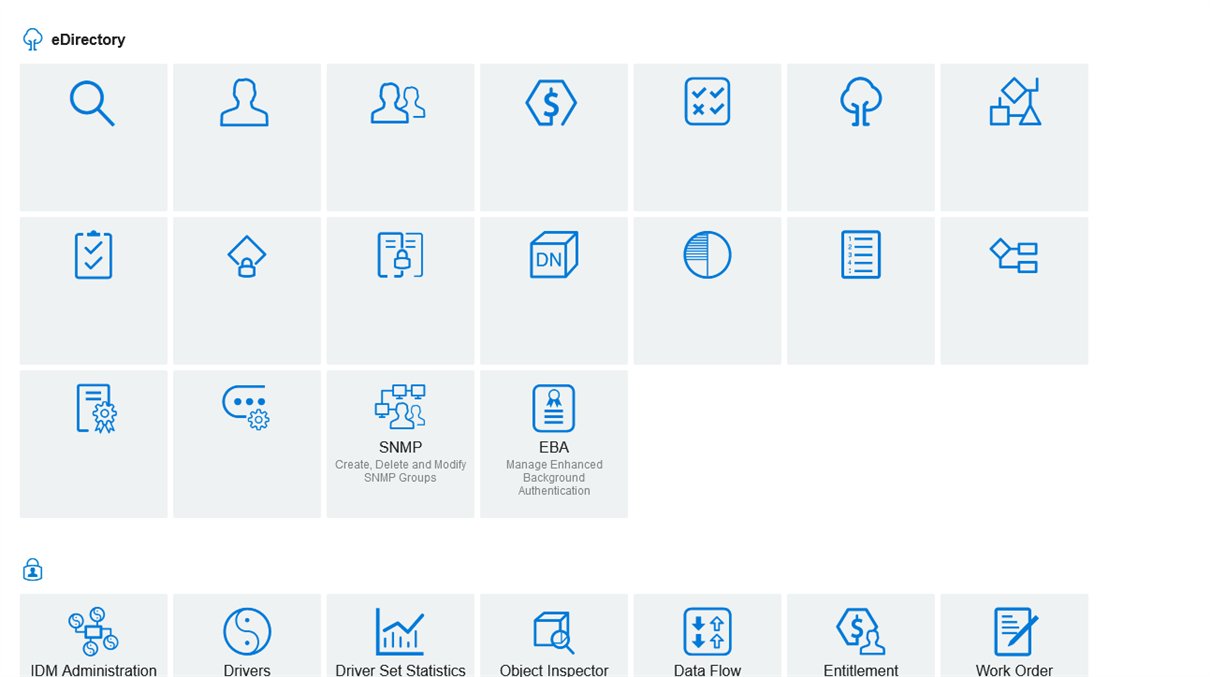