MigrationDeletedUser
0 Likes
This guide will help you get started with the new Controlled Permission Reconciliation Service (CPRS). Firstly, we will review the old PCRS feature and then I'll give an overview of the new CPRS feature which is shipped along with IDM 4.7 release. As CPRS is a new feature with a completely new UI it might seem difficult, but I have tried to simplify it here and will explain the differences between the old PCRS features and the new CPRS features.

In CPRS along with IDM 4.7 release, we support 3 drivers:


When we say we support CPRS for the above 3 drivers, these drivers will not require any type of policy modifications / any extra changes to be performed if IDM 4.7 is installed or upgraded from previous releases. These drivers will work straight away and start working without any extra modifications required in IDM 4.7 engine or the drivers. For other drivers, we still support the old PCRS without any changes done to it.

If you still want to use old CPRS for the above 3 drivers, even after upgrading to your engine to IDM 4.7 you can still use them, but without upgrading the driver packages to the latest IDM 4.7 released packages. You will have to stay with IDM 4.6 packages for the drivers and your engine can be on IDM 4.7.

The PCRS feature is targeted towards keeping the IDM Catalog in sync with the application state. Hence when PCRS is configured on any driver, all the permissions of the user in the Application gets reconciled into IDM Catalog seamlessly based on PCRS configuration. IDM administrator has no control over these reconciliation requests. This may result in unwanted assignments in RBPM if there is any mistake in permission assignment in the application and also causes performance issues:

CPRS comes by default with the installation/upgrade of IDM 4.7. The primary goals of CPRS is to resolve the above mentioned issues/problems faced in the PCRS. So, the implementation of CPRS will solve the following concerns: 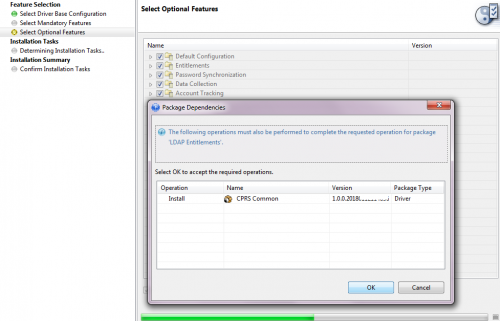 Example (CPRS Usage) along with any one driver LDAP or AD will be covered in the next article.