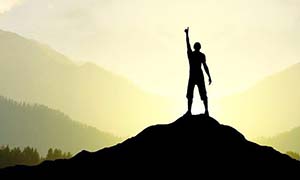 This entry was selected as the second-place winner in the Collaboration solution group. The author, Jens Sorensen, received the second-place prize of a $200 Amazon Gift card as well as a free, Micro Focus community t-shirt.

Take a look at the winning entry below.

My experience with GroupWise set off back in 2000, when we realised it was time to move into the modern world and upgrade the old POP3-based email to a collaboration product with both mail and calendar, and accessible both through a client and internet.

As a small IT-department, consisting of only one person, I didn’t know the market for these products, nor was I able to tell the difference between them. So I hired an expert, and asked him to find some systems that could fulfil our demands, and give us a recommendation.

He returned with Microsoft Outlook, Lotus Notes and Novell GroupWise. For the end user, the products were fairly similar, but for the administrator, he recommended GroupWise—and I must say, I’ve never regretted that choice.

I did not involve the staff in this decision, as I feared they would force me to choose Outlook. A few years earlier, when we had to decide for a word processing program, my favourite—WordPerfect—lost to Word. Mainly because we had been using WordPerfect for UNIX, and the colleagues thought all future versions would look the same, which compared to the graphic interface of Word, made their choice easy. Some of them had been using the mail integrated in WordPerfect as well, and I was afraid they would force me to purchase Outlook, especially if they found the connection between WordPerfect and GroupWise.

We chose to install GroupWise on a Windows server as we had some experience with Windows NT, but none with Netware. It worked quite well and the everyday administration was very easy, but the update procedure wasn’t too intuitive. Perhaps the developers initially wrote the code for Netware, and then afterwards translated the code to Windows. Anyway, from version 7 or 8, this has really improved, even though we still had to maintain a separate user directory for GroupWise.

From time to time, I did try to setup a Linux server in order to move GroupWise from the Windows platform, but I was never able to get past the blinking cursor and install any products on Linux. I guess most of you can’t understand this, but it does take some time to understand the way Linux works, time I unfortunately haven’t got.

Over the years, I’m sorry to say GroupWise has faded in popularity—at least in Denmark—and it’s quite a challenge to find professional help. But thanks to the huge and very helpful community of dedicated users, I have been able so solve almost all problems so far. And again it helps that GroupWise has become very easy to install, upgrade and configure. I even managed to move the installation from one Windows version to another and at the same time upgrade GroupWise to a new version without losing any mails or other information. With 2014, we finally got rid of eDirectory, which was the last hurdle to run GroupWise smoothly on a Windows platform.

In my small setup, an upgrade with a service pack or even a new version normally only takes 15 minutes and the users rarely notice the downtime. When I tell this to other IT-persons in my area, they don’t believe me, as their Outlook installations are much more work intensive.

The only thing I miss about GroupWise—except from many more users and installations—is an official App for the mobile devices. I know there is a mobility server, but it requires Linux, which makes it unusable for me. When I look at other Micro Focus products, like Filr, they come with the whole package: Desk Top client, Web access and Apps for all operation systems. I would love a GroupWise App. Now I use the one from Ghostpattern, which works well, but I think it would be nice to tell the users, they can find an official App—just like they do with Filr. I could continue to write a long recommendation for Filr, but this must be another time.