The purpose of this cool solution is to bridge the connectivity between the various operating system (OS) releases and the ZENworks releases.

This document provides information about the following:

Often there is a gap between the release schedules across various products and hence there is a delay in achieving compatibility and support.  With ZENworks too, this is no exception. While ZENworks tries to add support for newly released versions of operating systems, there are instances where new versions of operating systems get released soon after the release of a  ZENworks version.

With this solution, administrator can now manage and experiment using ZENworks  with unsupported operating systems as well.

In the ZENworks zone, make a note of the current count of ostarget by running the following query on the database.

select count(*) from zostarget  (The count might be 810.  It is for reference only.)

Note : You need to run this command after running ZoneConfigUpdateConfigureAction, to ensure that the records are added successfully to the ostarget.xml file

Create a new custom_ostargets.xml file on the ZENworks Primary Server in the following location:

The following is an example of the content within the custom_ostargets.xml file :

You can add as many ostarget entries as required to the custom_ostargets.xml file.  In the above example ostarget files have been added for openSUSE 15.2  and Windows 10 1909.

i) The versions have been considered for testing purposes only.  The actual released version names might be different.

At the command prompt on the ZENworks Server or a Linux console, run the following command: 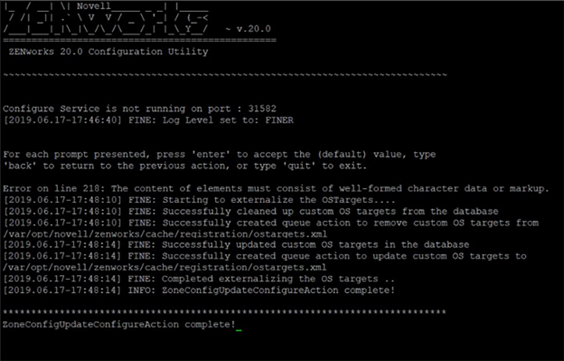 Figure 1 shows that the ZoneConfigUpdateConfigureAction completed successfully and the contents of the custom_ostargets.xml file will be added to the Primary Server database.

[As part of this configure action, a queue action is created for each Primary Server in the zone to update the ostargets.xml file, which will be used by the agents during registration.]

To confirm that the configure action completed successfully, postchecks can be performed.

After the configure action has completed successfully, run the following query to check the current count in the database.

select count(*) from zostarget  (The count might be 811 as we added one ostarget record in the custom_ostargets.xml file)

Run the following query on the database to check the UserDefined field value.

select * from zostarget where UserDefined = 1

Figure 2 shows that the custom-added OS, windows2020, is added in the ostarget.xml file.  To confirm this, check for the updated entries in the Registration folder.

If you decide not to include unsupported operating systems in the ZENworks zone, the custom added OS records can be cleaned up or deleted by running the following configure action on the ZENworks Servers. 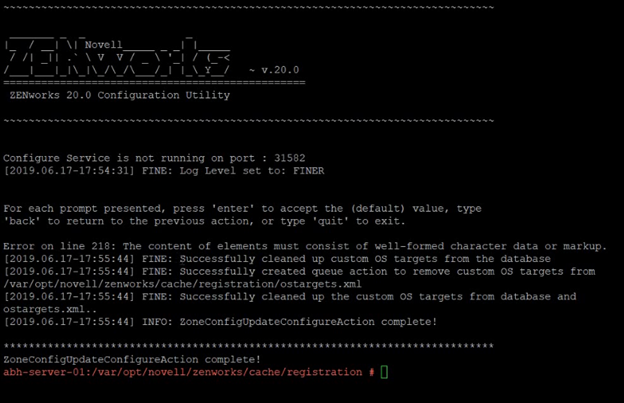 To verify that the cleanup is successfully completed, run the following query on the database: 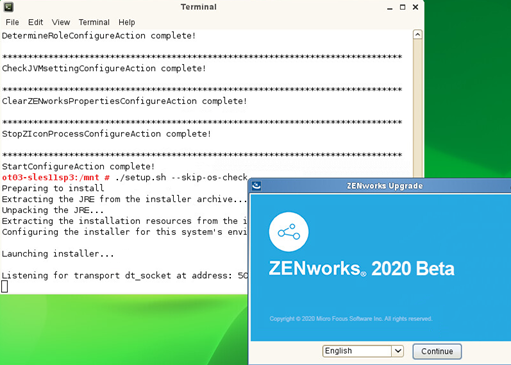 Performing a Fresh Install of the Agent Using –I 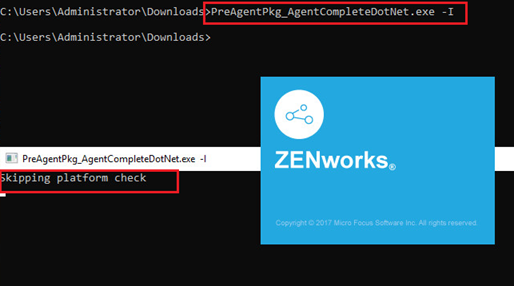 Figure 5 is a screenshot of a ZENworks agent getting installed on a Windows operating system version that is not supported by ZENworks, by skipping the platform check.

Updating the Agent by Adding the skipPlatformCheck.txt File

If the device on which the ZENworks agent is installed is not supported by the current ZENworks version, you can still update the agent on that device by adding an empty file named “skipPlatformCheck.txt" in the conf folder, which is located at %ZENWORKS_HOME%/conf  on Windows agents and at /etc/opt/novell/zenworks/conf on the Linux agents.  The platform check is skipped during the system update.

Figure 6 is a screenshot of a ZENworks agent getting updated on a Linux operating system that is no longer supported by the ZENworks version, by skipping the platform check.

Externalizing the OS Target will provide the flexibility to add newly released OS details to the ZENworks zone and install the ZENworks agent on these devices.  This solution also enables you to update the existing ZENworks agents running on devices that are no longer supported by the current ZENworks version.