Getting the Current Windows Username and Using it with InstallShield

Using application objects in ZENworks 7 made it easy to use the current windows users name by putting either the %CN% or %USERNAME% into the registry or ini files as required.

To get a similar result with InstallShield and MSI installs requires some extra work but is still relatively simple.

First thing is that an InstallShield MSI already contains a variable called USERNAME, so that’s easy right, just put [USERNAME] into the setup where needed and the jobs a good one.

InstallShield reads that variable as the username that registered windows when it was first installed – see system properties/General/Registered. This is not generally what we want. 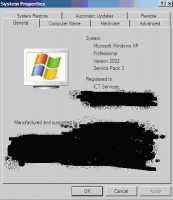 The following steps will set up the app so that it uses the current username in the USERNAME variable.


This example uses the USERNAME variable, but it will work for any variable within the MSI database.

FILENAME1 is the name of the file that wants renaming.

FILENAME2 contains the name or PART of the name that the file needs reaming too.

SOURCE_DIR and TARGET_DIR contain the directory where the file resides. Note the use of \\ in the path, this is required between directories a single \ doesn’t work.

Remember to use a different name for the function if MyFunction already exists.

MsiGetProperty retrieves the variable from the internal MSI database (in this case USERNAME) and stores the value in the svName variable within the function.

SRCDIR and TARGETDIR are set to the directory paths defined earlier.

RenameFile goes to SRCDIR and locates FILENAME1, it then renames it to svName concatenated to FILENAME2 and saves it back to TARGETDIR.

This function manipulates files on the actual windows system, not within the MSI so the files must exist before hand. This means that when setting up a custom action for the function it needs to scheduled towards the end of the installation, after the files have been copied.

Hope all this is useful and maybe eases the migration to ZCM for someone.