When launching programs or scripts from a network share, Windows will sometimes throw an "Open File" warning to prevent the application as a security check before the application can run.  These warnings are most commonly seen with scripts and unsigned executables. 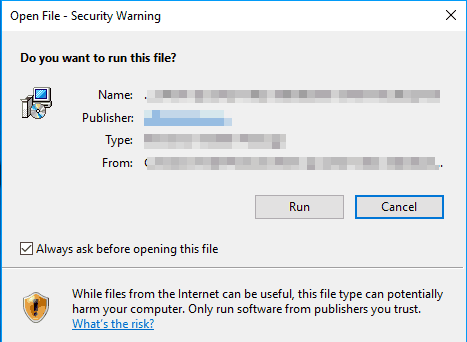 These warnings can prevent silent installs as well as generate concern on the part of the end users.  Thankfully, there is one safe and simple step that can be done when creating a bundle to prevent these errors.  We will want to set the variable "SEE_MASKS_NOZONECHECKS" for the action that executes the script/executable in the "Environment Variables" section. 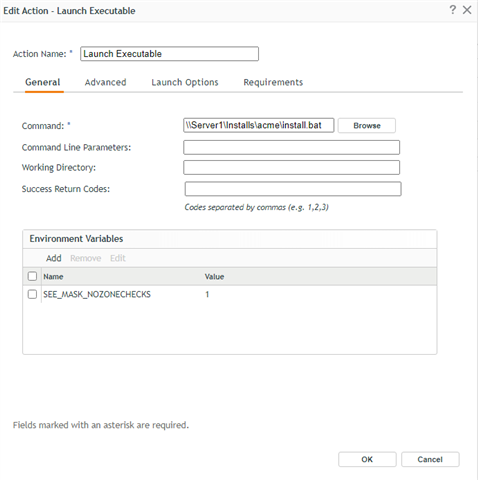 When the variable is set here, any existing value for that Environment Variable on the system will not be impacted.  The variable will also never exist outside of the process threads started by this action.  No other running processes will be impacted by this variable, ensuring that scripts and executables on a network share NOT being delivered will still generate the Warning in cases where Windows deems the warning warranted.