by MichaelProcopio in IT Operations Management

Deployment in the cloud provides all the typical advantages of cloud – OPEX becomes CAPEX, the cloud provider is responsible for the infrastructure, and more. Specific to NOM is easier and faster deployment because of the new AppHub which uses the HELM package manager, the use of cloud provided services such as PostgreSQL, and the ability to continue to use your existing on-prem deployment as regional network management stations. The results you are up faster with less effort and can maintain your existing investment.

NOM consists of a set of components. We are steadily progressing toward having all components built as microservices deploy in the cloud and on-premises. Here’s where we are currently (see Fig 1). 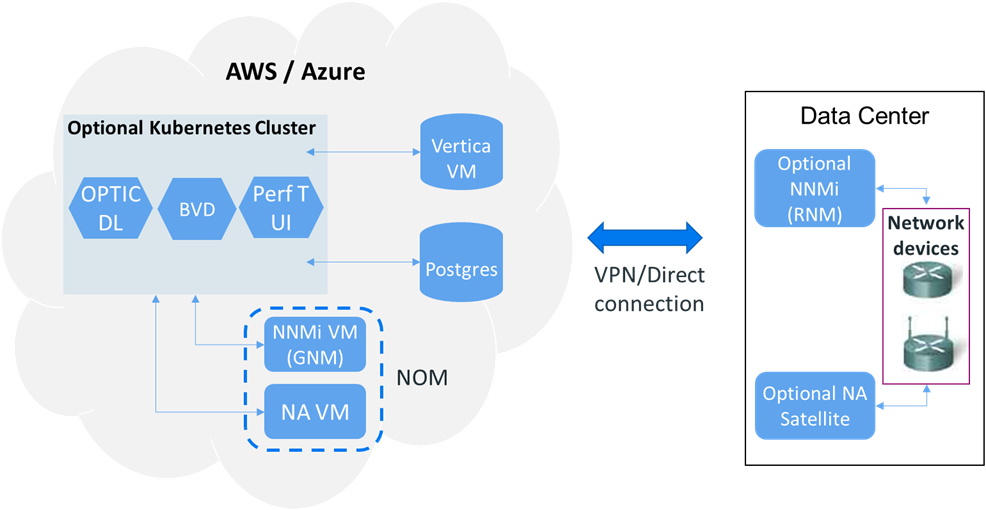 Figure 1: Deployment of NOM, NNMi, or NOM in the cloud

Figure 1 shows the block diagram of deployment in the cloud. I’ll start on the left. OPTIC Data Lake, BVD, and Performance Troubleshooter are containerized. Vertica, the column store database OPTIC Data Lake uses, is in a VM. Postgres is a native cloud service. NOM is, primarily, a combination of NNMi and NA (and some other components that aren’t relevant for this discussion). Both run in VMs.

The optional GNM designation is for Global Network Manager, which applies in environments where you have monitoring at remote or regional sites that feed data to a global manager.

The components in the cloud communicate with your network devices via a direct connection (ex: AWS Direct Connect) or through a VPN.

Moving to the right side of the diagram, we are on-premises with your network components. At the top, you can see the optional Regional Network Management system and an optional NA Satellite. If you have one or both onsite, it will talk to the network devices and send the information up to the system in the cloud. If you don’t have the remote components onsite, the communication is directly from the cloud to the network device. 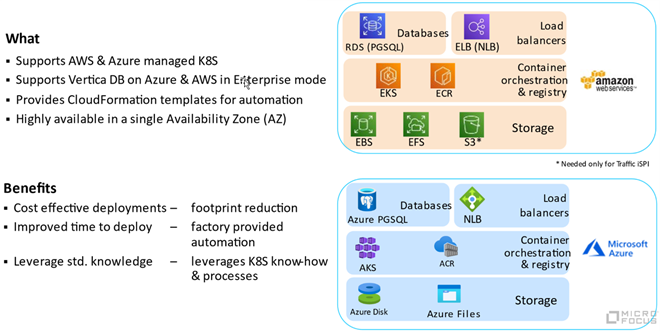 Read all our news on the Network Operations Management blog.