This article explains how the Unix ExecUtil knowledge script AppManager can be can be leveraged to monitor almost anything on a Unix system with little knowledge on regular expressions / Perl / AWK.

The UNIX_ExecUtil Knowledge Script (KS) is part of AppManager's Unix OS Module since version 7.4, which integrates external (third-party / open source etc) scripts / executable with AppManager. With this feature, user can execute these scripts / executable and gather important data. This data can be used for generating specific events OR creating chart. This feature can be used by running ExecUtil knowledge script.

ExecUtil KS can be executed for the following:

ExecUtil KS does following assumption during its execution:

ExecUtil KS UI along with its default settings is shown below. The KS settings can be categorized in following parts: 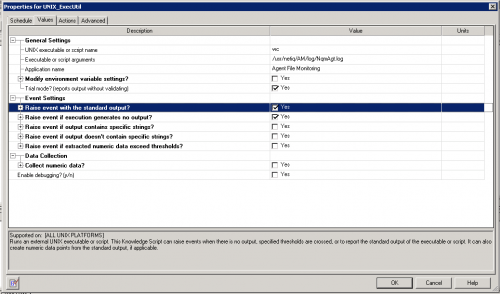 ExecUtil KS can be executed in two Mode: Trail & Non-Trail

Sample execution of the knowledge script

In this section we will take a task: Monitor Unix agent file for File size.

Solution: There are various way to find size of a file. we will use "wc" utility to find the size of the file.

1) Update the KS UI with the inputs as shown in the screen shot below: 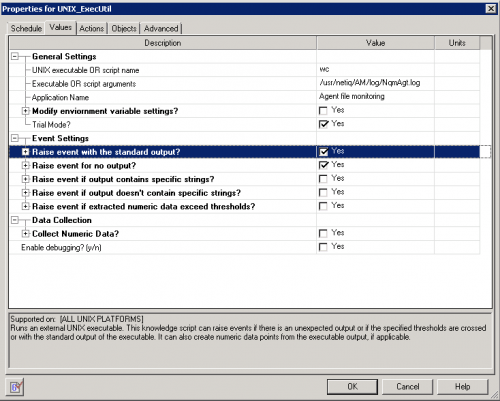 In above screenshot, we have provided required inputs to the KS. Along with this, we have only selected events for standard o/p and error. Since the command will succeed and o/p will be generated, we will NOT get any event for "no output".

The standard o/p event will be displayed in the events tab of OC. The same is shown below.

The event's Message tab will have the "wc" command output. 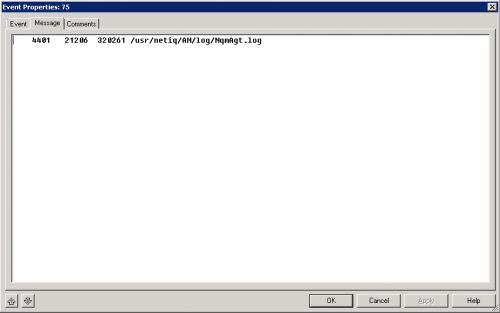 Now let's try extracting the file size value from this output. For this, we need to update the job properties as shown below. 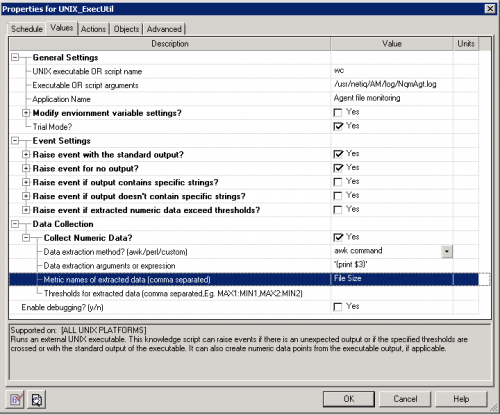 
Start the job again. In this run we should get two events. One is the standard output event and other one is titled with String "Trail Mode Data Collection". The same is shown below. 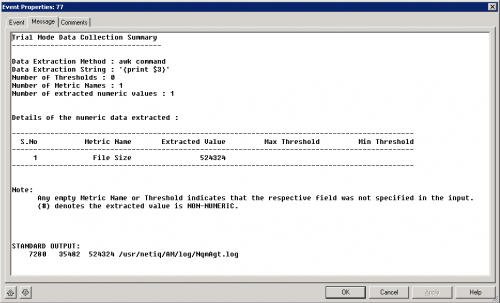 Note: The above event is generated only when User has selected Trail Mode & Data collection check boxes.

Now that we are able to extract the right information in Trail mode, we are ready to deploy this script on this machine. For this, modify the KS properties, as shown below. 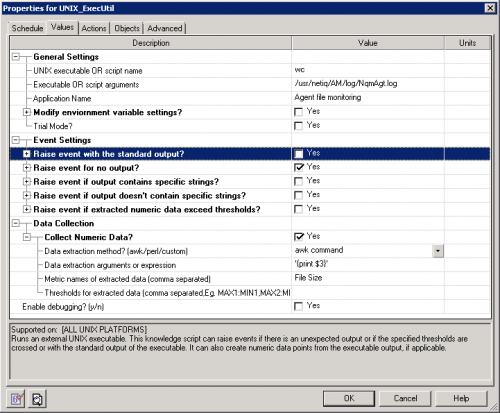 As shown in above snapshot, we have unchecked "Trail Mode" and "Raise event with standard output".

Update the Schedule Tab with Schedule tasks set to "Regular intervals" instead of "run once".

PS: Run once is the default setting for this KS. 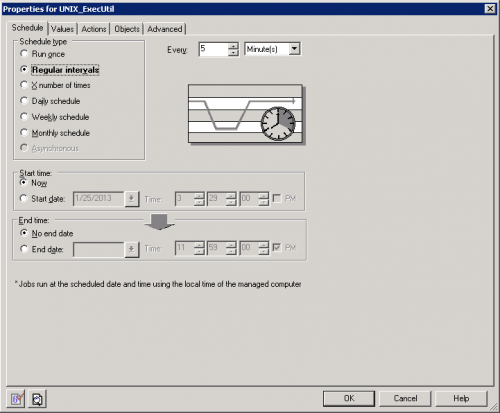 Start the job with these properties. After some time, OC will show collected data under "Graph Data" tab.

This Tab provides option to create graphs from the collected data. The graph of this collected data might look like (as shown below) 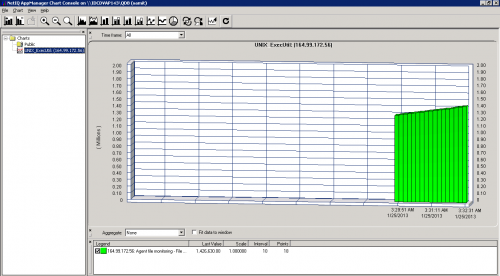 Some content on Community Tips & Information pages is not officially supported by Micro Focus. Please refer to our Terms of Use for more detail.
Top Contributors
View All ≫
Version history
Revision #:
8 of 8
Last update:
‎2020-01-09 18:35
Updated by:
palaniappan1