How do you use Config Manager?

We have had our Config Manager server installed 2 years now, in the beginning we were not focusing on it and we had some issues that HP had to solve as well.

Lately I have been trying to use it. There have been/and are a struggle. Strange issues with attributes like NodeRole not working, it was not visible in actual state (even if it had a value) and not possible to authorize and of course quite hard to see what he complained about since nothing seems to differ but finally I found it was NodeRole (seems to be an issue with stringlist (same problem with applicationservertype attribute on jboss as). Solution = unmanange the attributes.

Other problems is with stuff not present in the history. So I have been forced to delete things in actual state so it is discovered again.

Another issue in uCMDB with sgpackage not discovered as it should (last access time not updated = aged out after 10 days and after that it is rediscovered). This caused views with ServiceGuardpackets to alert me all the time on "new" sgpackages (We have a solution and a defect is opened)...

Well, that was just a couple of problems that we have had and some of them are still there.

However, I just wanted some ideas of real usage of Config Manager. How are you using it? Can you give me some examples? I know how to use the baselines and so on but finds it a little bit hard do find really good business usage of Config.

Change Management could of course be a potential customer (when Config is working as it should).

Nice if you could share some examples from your business. 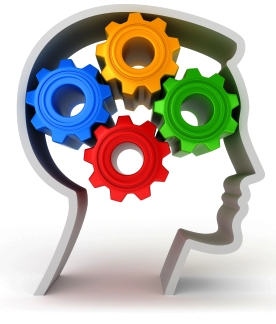 Re: How do you use Config Manager?

I see you have multiply issues with Configuration Manager (CM). That described behavior is possible to happen in some circumstances after applying updates or reinstalling uCMDB.
In case no history is presented you can try the following:

Please check out that knowledge document http://support.openview.hp.com/selfsolve/document/KM00728236 . It relay looks relevant to your situation and explains another solution.

------------------------
Nikola Todorov
If you find that this or any post resolves your issue, please be sure to mark it as an accepted solution.
0 Likes
Reply
Report Inappropriate Content
Highlighted

Re: How do you use Config Manager?

Yes, I know about the workaround to run the Offline Analysis from the jmx-console but I guess it´s not possible to schedule it in some way... Must be a bug or?

Well, from what I understood there seems to be some kind of problem with the stringlists like NodeRole for a Node an applicationservertype for jboss AS. And since I don´t really need this 2 attributes to be managed I´d just unmanaged them in Ci-type manager. I can mail you our ServiceRequest number if you have access to it?

I will look for some examples of the usage on the link you send.