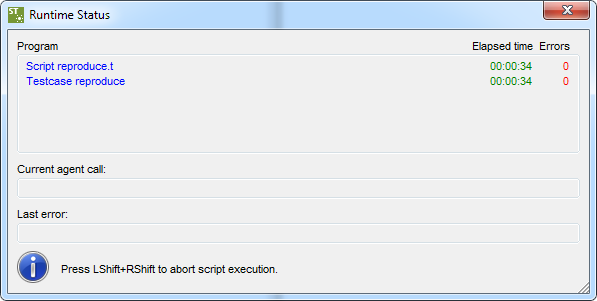 The above problem is caused by the use of a very specific winclass structure, in which user has performed the following:

A window declaration is then defined which is an instance of "wMyWinClass":

When a testcase is then executed which makes use of the above window declaration, the hang occurs:

At this point the user must terminate the "partner.exe" process and restart Silk Test Classic.

The final part of the solution is to reference the locator at the window declaration level, which allows the testcase code to execute successfully:

Some content on Community Tips & Information pages is not officially supported by Micro Focus. Please refer to our Terms of Use for more detail.
Top Contributors
View All ≫
Version history
Revision #:
1 of 1
Last update:
‎2015-05-12 14:48
Updated by: